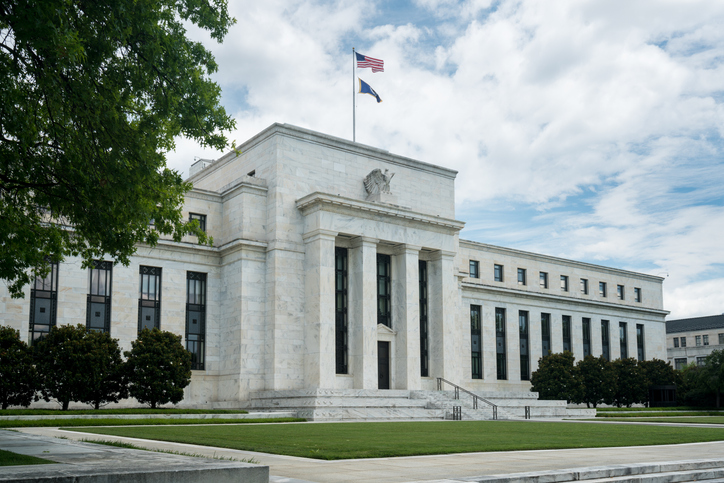 Stock prices were mixed on Wednesday whipsawing mid-day following the Federal Reserve decision on interest rates. Most sectors were lower as prices were led down by Financials which dropped more than 2.3% and cyclicals. Energy shares bucked the trend surging higher as crude oil prices rallied in the wake of the larger than expected draw in crude oil inventories.

The Fed was more dovish than expected. The Federal Reserve kept interested rates unchanged, but that was widely expected. What was also expected was that the central bank also downgraded GDP for the balance of 2019 and 2020. GDP for 2019 is expected to rise by only 2.1%. The Fed also believes that unemployment will tick higher.

What most market partcipants focused on were the dot plots. This is were the Fed sees rates going forward. In December the Fed saw rates rising 2-3 times in 2019, and today, they now see no rate changes for the balance of 2019. In 2020 the Fed currently sees one rate hike.  Lastly, the Fed said that they would soon end their balance sheet runoff. In May, they will start winding down the runoff of assets and in September they will begin to keep assets stable. The dollar tumbled in the wake of the Fed dovish commentary, which weighed on US yields.

Stock prices initially whipsawed after the decision and continue to gyrate during Fed Chair Powells press conference. With the Fed on the sidelines, the market will not face headwinds which come in the form of higher rates. The 10-year treasury tumbled down to 2.52% breaking down through support levels. Those who are bearish will state that growth will now be lower than expected which should weigh on earnings.

Google Was Fine by the EU

Google was fined $1.7 billion by the European Union for limiting how some websites could display ads sold by its rivals. Wednesday’s decision is the last among formal charges the EU’s antitrust regulator has so far filed against Google. The fine deals with abusing the dominance of its search engine to block competitors in the niche market of selling text ads.

Bayer shares dropped 12% Wednesday after the chemicals and pharmaceuticals giant faced another legal stating that Roundup weedkillers cause cancer. A San Francisco jury found that exposure to Roundup was a substantial factor in triggering a man’s non-Hodgkin lymphoma.