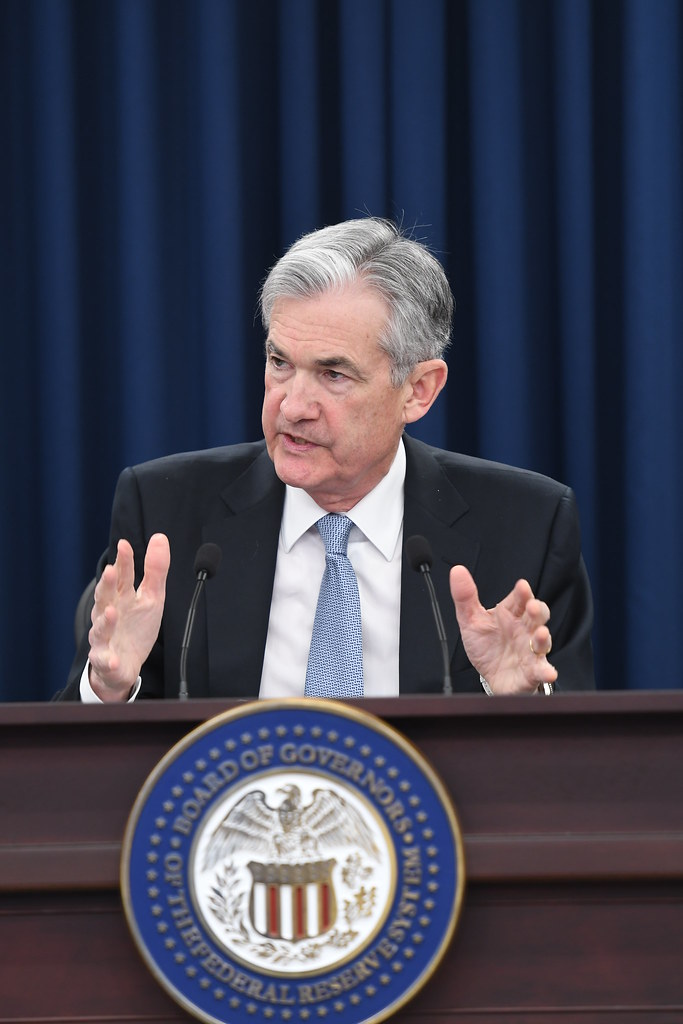 After forming a small Doji candlestick in the first 30 min on Friday, the USD/CAD pair kept the positive trend intact. However, the Loonie pair retreated downwards on touching the 1.3327 mark in the Asian trading session.

On an overall basis, the Crude prices were forming a descending triangle trading pattern with the head pointing downwards. With such a bearish assumption intact, the oil prices might soon revisit the $57.27 bbl mark or 38.2% Fibonacci Retracement level. On moving further south side, the commodity prices might encounter the base of the descending triangle, leading to a breakdown.

Anyhow, the Crude prices appeared to jump earlier today ahead of Fed Chief’s speech. “If Powell talks about lower for longer and reverses some of the hawkish comments that we heard from Fed members earlier this week, we could see it supporting oil,” said Michael McCarthy, chief market analyst at CMC Markets in Sydney.

Market attention might stay over Canadian June MoM Retail Sales figures. The Street expects this Retail Sales data to remain in-line with the previous -0.1%. Somehow, the market hopes the YoY Retail data to report 0.0% in comparison to the prior -0.3%.

On the USD side, Speeches by Fed’s Chair Powell, Fed’s Mester, Fed’s Kaplan, and Fed’s Bullard would be something crucial today. Notably, FOMC July Meeting minutes had already clarified of the less likely need for easing in the economy any soon. However, the growing US-Sino trade tensions kept weighing over the global economy on a larger scale.

After taking a bounce off from a multi-year slanting ascending support line on July 15, the pair continued to keep the positive trend intact for the next four weeks.

Even for this week, the pair remains already 0.35% up on Friday. Anyhow, a sturdy 1.3340 resistance handle was restricting the upside since last few weeks. On the downside, strong SMA conflux consisting of the significant SMAs stood as immediate support regions.

On the daily chart, ATR depicted 66 pips volatility forecast for the day. However, the ATR stands near a 16-day low, showing a weaker price movement expectation. The USD/CAD pair had rebounded upside after hitting the 1.3290 firm support level or 50% Fibonacci Retracement level.

On the downside, a slanting support line ensured to put a stoppage to any potential losses in the upcoming sessions. Also, the Moving Averages Convergence Divergence (MACD) was showcasing some bullish perspectives with both the MACD line and the signal line above the zero line. In a nutshell, though the pair might close on a positive note on a daily and weekly basis, the price volatility would remain limited.