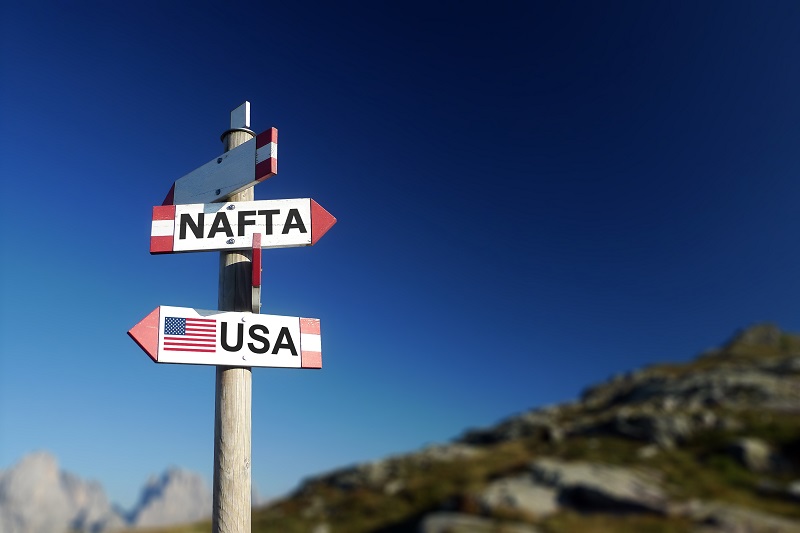 The USD/CAD pair failed to capitalize on the weekly bullish gap and was now seen consolidating in a range, just above mid-1.3000s. The pair broke to the upside last Friday and reached a fresh weekly high at 1.3087. Price was holding near the highs, with a bullish tone, consolidating important daily gains. From the weekly low the pair raised almost 200 pips.

The move to the upside followed comments from Canadian negotiator Freeland who said “we’re not there yet” regarding the trade deal with the US and Mexico. PM Trudeau added that a “no deal” on NAFTA was better than a bad one. Also, the pair moved higher on the back of a stronger US dollar which gained momentum amid risk aversion market sentiment. Meanwhile, US President Donald Trump on Saturday threatened to exclude Canada from a new NAFTA agreement after the recent US-Canada trade negotiations ended without any agreement. Trump also warned the Congress not to interfere with these negotiations or he would simply terminate the trilateral NAFTA pact altogether.

While Canadian Prime minister is ready for NAFTA exit instead of agreeing to a bad deal, Loonie struggles to come to terms on NAFTA proceedings which kept weighing on the Canadian Dollar at the start of a new trading week. The pair touched an intraday high level of 1.3077, albeit struggled to gain any follow-through traction despite a combination of supporting factors. A modest US Dollar uptick, coupled with a mildly negative tone around crude oil prices, which tend to undermine demand for the commodity-linked currency – Loonie, did little to inspire the bulls and eventually led to a subdued/range-bounce price action through the early European session earlier today.

Moreover, traders also seemed reluctant to place any aggressive bets amid holiday-thinned liquidity conditions on the back of a bank holiday, both in the US and Canada. Moving ahead, this week’s important macro releases scheduled at the beginning of a new month, including the keenly watched US non-farm payrolls data, and the latest BoC monetary policy update on Wednesday will play a key role in determining the pair’s next leg of directional move.

Despite last week’s strong up-move, the pair remains within a short-term descending trend-channel held over the past two months or so. Hence, it would be prudent to wait for a decisive move beyond the channel resistance, currently near the 1.3100 handles, before placing any major bets in Greenback’s favor. On the flip side, a slide back below the key 1.30 psychological mark would reinforce the trend-channel and turn the pair vulnerable to head back towards challenging the 1.2900 handle support.