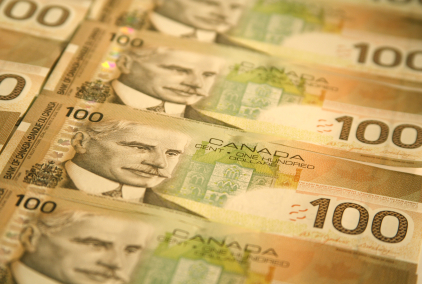 The USD/CAD pair traded with a mild negative bias on Tuesday and eroded a part of the previous session’s up-move to 3-1/2 month tops. The pair stalled its recent positive momentum near mid-1.3200s and now seems to have snapped three consecutive days of winning streak amid a subdued US Dollar price action. After climbing to near 1-1/2 year tops, the USD bulls took some breather and was seen as one of the key factors prompting some profit-taking, especially after the recent upsurge of around 200-pips over the past four trading session. The downside, however, remained cushioned in wake of the ongoing bearish slide witnessed around oil prices, which tend to undermine demand for the commodity-linked currency – Loonie.

WTI crude oil dropped over 1% on Tuesday and is trading below $59, the lowest since mid-February, a 9-month low. Crude oil price action was further weighed down by reports that the US President Donald Trump asked the OPEC not to cut supply to drive up prices. Adding to this, deteriorating investors’ appetite for riskier assets, led by fears of a global economic slowdown, might further benefit the greenback’s safe-haven status and help limit deeper losses, at least for the time being. Hence, it would be prudent to wait for a strong follow-through selling before confirming that the pair might have already topped out in the near-term. As of writing this article, USD/CAD pair is trading at 1.3229 down by 0.13% on the day.

While geo-political events continue to dictate price action of major global pairs, CAD remains fundamentally supported over successful negotiations of new NAFTA deal and multiple rate hikes by central bank in recent past with few rate hikes scheduled in near future that should keep Loonie resilient to Greenback’s strength in long term. When looking from technical perspective, the 1.3200 handle is likely to protect the immediate downside, which if broken might prompt some additional long-unwinding trade and accelerate the fall towards the 1.3155-50 horizontal zone. On the flip side, sustained move beyond mid-1.3200s is likely to reignite the bullish momentum and assist the pair to aim towards reclaiming the 1.3300 round figure mark.