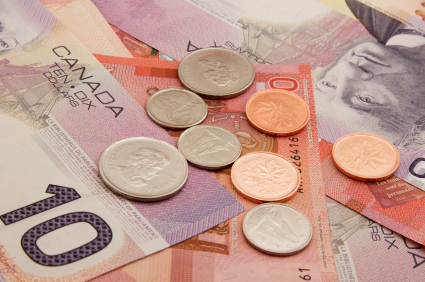 The USD/CAD pair quickly reversed an Asian session dip to 1.3165 areas and is now making a fresh attempt to build on the momentum beyond the 1.3200 handle. Growing concerns over a possible escalation in global trade conflict continued benefitting the US Dollar’s safe-haven status and turned out to be one of the key factors behind the pair’s positive momentum for the fifth consecutive session. Meanwhile, NAFTA uncertainty, coupled with a sharp retracement in crude oil prices further weighed on the commodity-linked currency – Loonie and collaborated to the pair’s uptick to near 1-1/2 month set in the previous session. As of writing this article, the pair was trading near flat at 1.3186 down 0.02% on the day.

The U.S.-Canada talks are due to resume today and this keeps trade issues at the forefront, with a wait-and-see mood prevailing in the equity markets. Discussions between the United States and Canada is expected to resume later today after the last round ended on Friday with no deal to revamp the North American Free Trade Agreement (NAFTA) cooling investor confidence. Ottawa is not expected to back down on key issues despite threats from U.S. President Donald Trump to retaliate against the Canadian economy. While it is true that US Dollar exacts a remarkable degree of influence that can readily overpower the CAD due to the contentious NAFTA negotiations that are ongoing between the United States, Canada and Mexico, an equally-weighted index of the Canadian currency is far more restrained in its own losses despite ongoing trade war and Crude oil related issues.

Traders are currently open to bearish and bullish scenarios along with the pairs that would best position the currency. The uptick momentum found earlier today seemed to lack any strong follow-through as investors now seem to refrain from placing any aggressive bets ahead of today’s key event risk – the latest BOC monetary policy update, due to be announced later during the early North-American session. This coupled with Friday’s keenly watched US monthly jobs report, popularly known as NFP, will play an important role in determining the pair’s next leg of directional move. Looking at the technical picture, the pair on Tuesday finally confirmed a bullish break through an important confluence hurdle, comprising of 50-day SMA and two-month-old descending trend-channel resistance. A follow-through buying interest beyond the 1.3200 handle would further reinforce the bullish breakout and pave the way for an extension of the ongoing upward trajectory in the near-term.