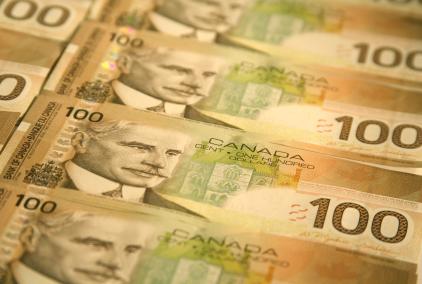 The uptrend price action still remains intact for USD/CAD pair despite subdued demand for US Greenback in broad market and while the pair started on quite note yesterday the pair saw considerable loss during yesterday’s market hours. As headlines indicate escalating tensions between China & US, US greenback is likely to gain momentum owing to safe haven demand. An Asia-Pacific Economic Cooperation summit in Papua New Guinea ended in discord on Sunday, with leaders unable to agree on a final communique. U.S Vice President Mike Pence, who headed the U.S. delegation, was blunt in his remarks, saying that China would have to drastically change its trade practices before the U.S. would remove current tariffs on $250 billion in Chinese goods. The trading session today saw major currency pairs lose against USD despite subdued demand as Geo-political and trade related disputes continue to affect price action in respective market.

Investor sentiment was further hurt over bearish rout in global equities following Wall Street closing in red last night as tech stocks fell and this does not bode well with investor expectations as holiday season usually meant subdued demand for USD and increased risk appetite supported by high level of retail activity. With Sino-U.S trade wars, UK’s Brexit woes and political crisis and escalating tensions between EU & Italy over budget plan today’s investor sentiment has taken a turn for worse as trading session progressed across the day. Canadian Loonie is further hurt as crude oil price action saw bearish decline owing to increased production in US despite headlines suggesting OPEC’s plans for production cut and this was further aggravated over comments from the executive director of the International Energy Agency (IEA) Fatih Birol who on Monday called for ‘common sense’ because fresh cuts could have negative effects on the oil market.

“Currently markets are very well supplied but we should not forget that spare capacity in Saudi Arabia is very thin, therefore cutting the production significantly today by key oil producers may have some negative implications for the markets and further tightening the markets,” Reuters quoted Birol as saying at a news conference in Bratislava. As of writing this article, USD/CAD pair is trading near flat at 1.3180 up by 0.07% on the day near previous session’s highs. On release front today, US market will see release of building permits and housing starts data while, Canadian market will see a speech from Bank of Canada Governor council Member Carolyn Wilkins. Technically speaking, USD/CAD is bouncing back off its recent bullish trend line so far this week. Looking ahead, last week’s high near 1.3260 and the July peak at 1.3290 are the next resistance levels to watch, followed by the 17-month high near 1.3385. A close below last week’s low at 1.3127 would break the near-term uptrend and flip the pair’s technical bias back to neutral for now.