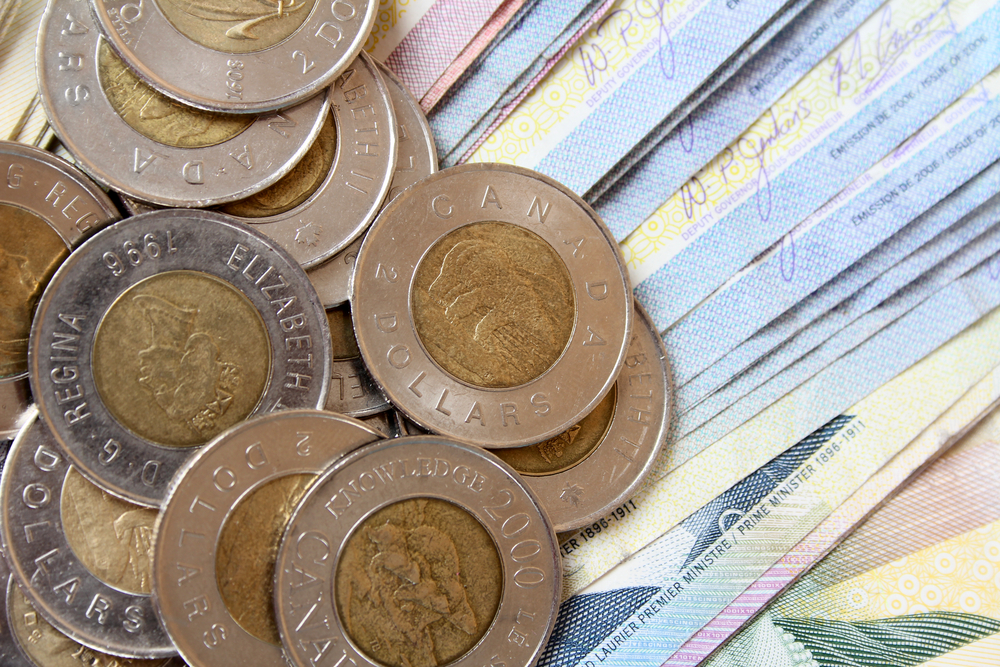 The USD/CAD continued to decline after breaking out and rallying most of last week. Prices are retracing and are poised to test the 200-day moving average. The dollar was broadly lower against most major currencies. New home sales continued a string of better than expected housing data released in the U.S. for July. All eyes are on Jerome Powell, who is scheduled to speak at the Jackson Hole Symposium.

The USD/CAD reversed course and dropped for the second consecutive session this week and is poised to give back most of last week’s gains. The greenback continued to remain weaker against most major currencies. Support is seen near the 200-day moving average at 1.2550. Resistance is seen near 1.2626. Short-term momentum has turned negative as the fast stochastic generated a crossover sell signal. Medium-term upward momentum is decelerating as the MACD (moving average convergence divergence) histogram is printing in positive territory with a decelerating trajectory which points to consolidation. 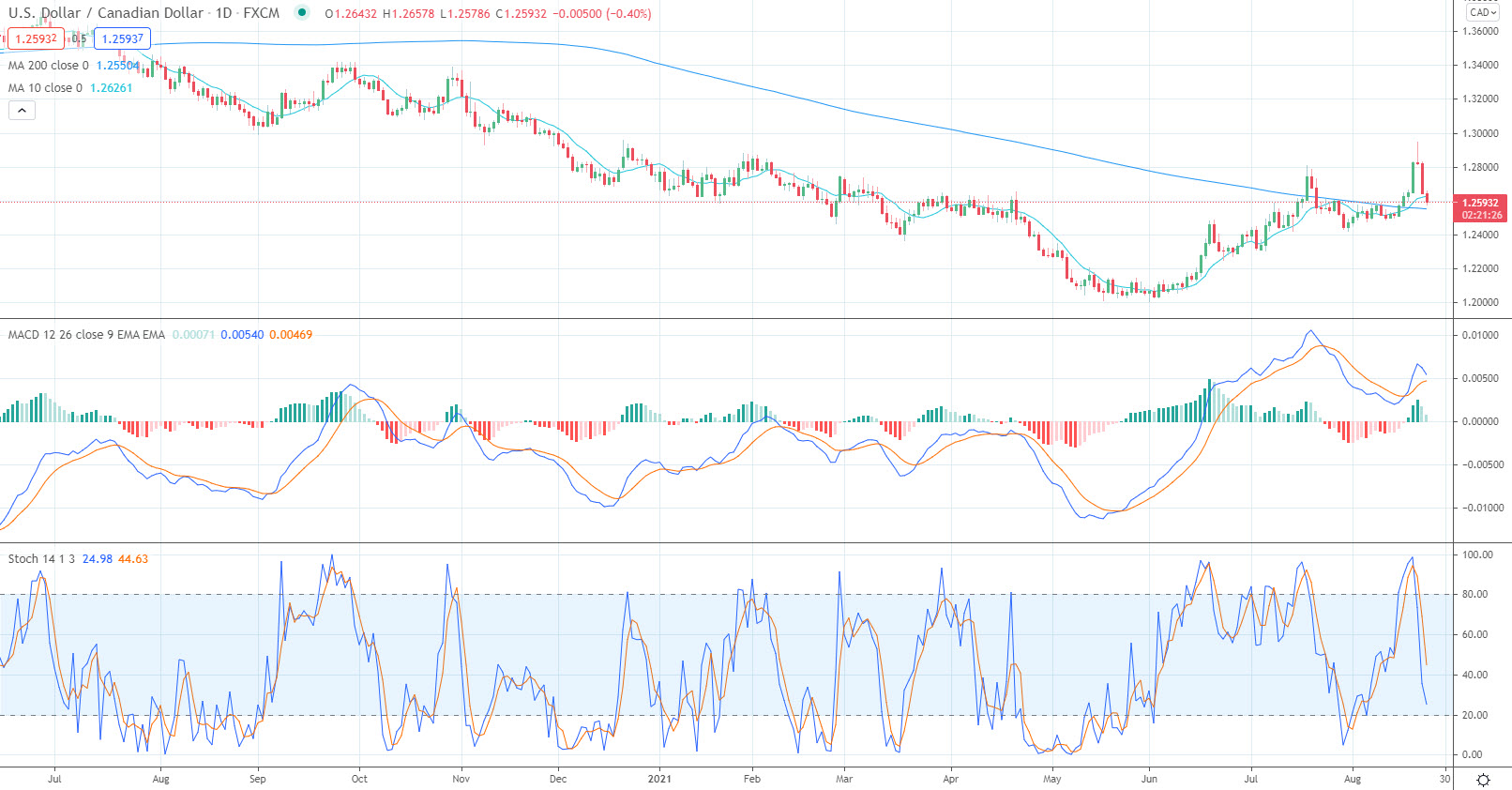