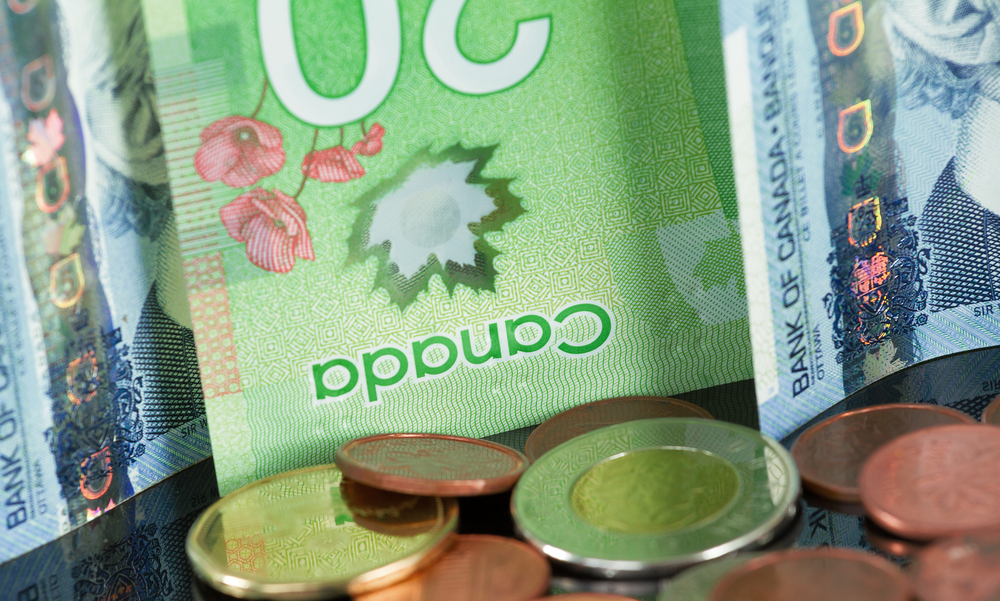 The Canadian dollar pared early gains against its U.S. counterpart on Friday as crude oil prices marched higher and the greenback recovered after U.S. consumer spending outpaced expectations in June.

Today, the dollar to loonie conversion rose to 1.2472, up from Thursday’s close of 1.2444. The Canadian dollar had lost about 3% in June – posting the biggest monthly drop since March 2020, the early days of the pandemic, and weakened about 0.5% so far this month. Although, the loonie is set to close this week with a gain

“The CAD has extended its rebound this week, even if gains came more as a reflection of a generally softer USD. Commodity prices strengthened broadly, driving the Bloomberg Commodity Index to a new cycle and six-year high Thursday while US-Canada 2Y spreads remain at a CAD-supportive –26bps. Our fair value models continue to reflect a significant USD overvaluation against the CAD (and a broadly overvalued USD against its major currency peers), although CAD-drivers have turned even more positive this week and our FV estimate has edged to a new cycle low below 1.17,” noted Shaun Osborne Chief FX Strategist at Scotiabank.

“It remains to be seen how far the USD will correct lower, however. We think the Fed has put the market on notice that taper timing is a live debate now among policymakers, which may provide the USD with general support in the coming weeks. Speculative FX traders have largely abandoned short USD positions in recent weeks and heightened equity market volatility—something of a “tradition” in August—will tend to work against the CAD and may lift USDCAD towards the upper reaches of our estimated range for next week (1.2508).”

The dollar index, a measurement of the dollar’s value relative to six foreign currencies, was trading 0.3% higher at 92.145 at the time of writing. Still, it hovers close to this month’s low of 91.782.

The dollar stalled its rally after the Fed in its Wednesday’s monetary policy decision highlighted that the interest rate hike is far away. The U.S. central bank also did not give any hint about reducing its purchases of government bonds.

“In the final week of the Olympics, we think the dollar will at least be able to stabilise after the recent correction. The prospect of the Fed’s tapering should be cemented by good payrolls, while global risk assets may still struggle to look past China’s regulatory clampdown. Elsewhere, the BoE and RBA should not deliver any new guidance,” noted analysts at ING.

However, the risk that the world’s dominant reserve currency, the USD, recovery over the coming year is high, largely driven by the Fed’s expectation of two rate hikes in 2023. A strengthening dollar and growing risk that the Federal Reserve would tighten its monetary policy earlier than expected would push the USD to CAD pair higher.

Canada is the world’s fourth-largest exporter of oil, which edged higher on tight supply and rising demand. High oil prices lead to higher U.S. dollar earnings for Canadian exporters, resulting in an increased value of the loonie. U.S. West Texas Intermediate (WTI) crude futures was trading around $73.51 a barrel.