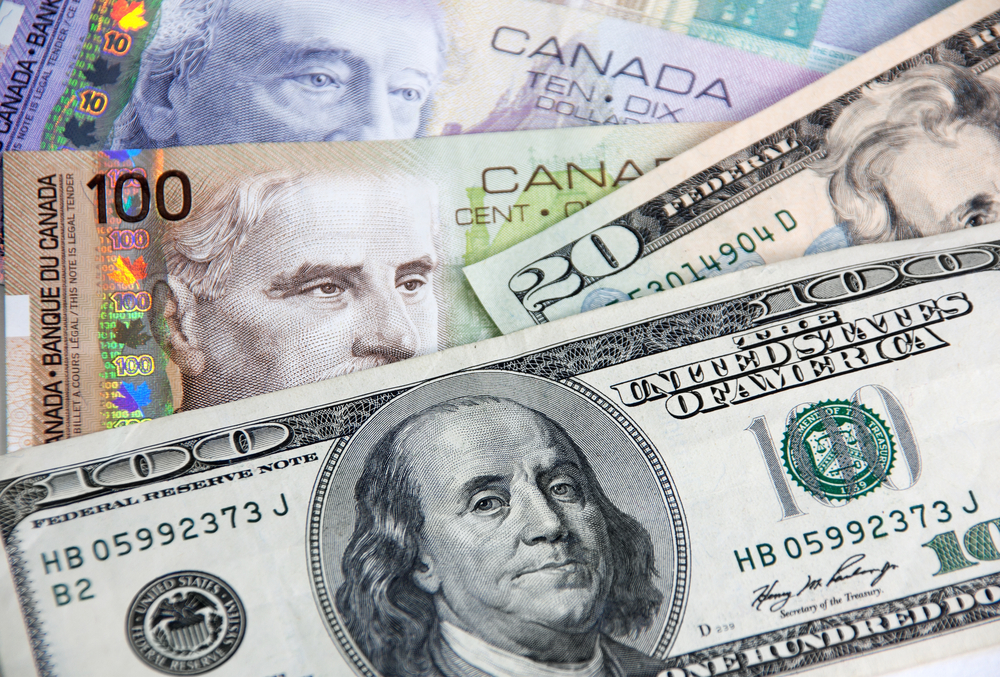 The Canadian dollar strengthened against its U.S. counterpart on Friday after Federal Reserve chair Jerome Powell gave no hint on taper timeline in his speech at the Jackson Hole symposium, sending the U.S. dollar lower against a basket of currencies.

The USD/CAD pair fell to 1.2606 today, down from Thursday’s close of 1.2682. The Canadian dollar lost about 1% in July – the second biggest monthly decline since September 2020 – and has further dropped about 1.2% this month.

The dollar index, which measures the value of the dollar against six foreign currencies, was trading 0.42% lower at 92.667. Dollar and Treasury yields were down after Federal Reserve Chair Jerome Powell gave no indication of a tapering in a much-anticipated speech on Friday. These comments from Powell are contrary to what other policymakers have said, making next month meeting very interesting for investors.

However, it is likely that the world’s dominant reserve currency, the USD, will rise over the coming year, largely due to the expectation of two rate hikes by the Fed in 2023. With the dollar strengthening and a possibility that the Federal Reserve will raise interest rates earlier than expected, the USD/CAD pair may experience a rise.

Canada is the world’s fourth-largest exporter of oil, which edge higher as tropical storm Ida is expected to hit the Gulf Coast this weekend, disrupting oil supplies.

On the other hand, Global demand for crude oils is declining due to recent restrictions over the Covid-19 Delta variant and a lack of buyers. The slowing Chinese economy dampened sentiment and have knocked investors off balance. As a major exporter of commodities, including oil, Canada’s dollar tends to be sensitive to the outlook for global economic growth.