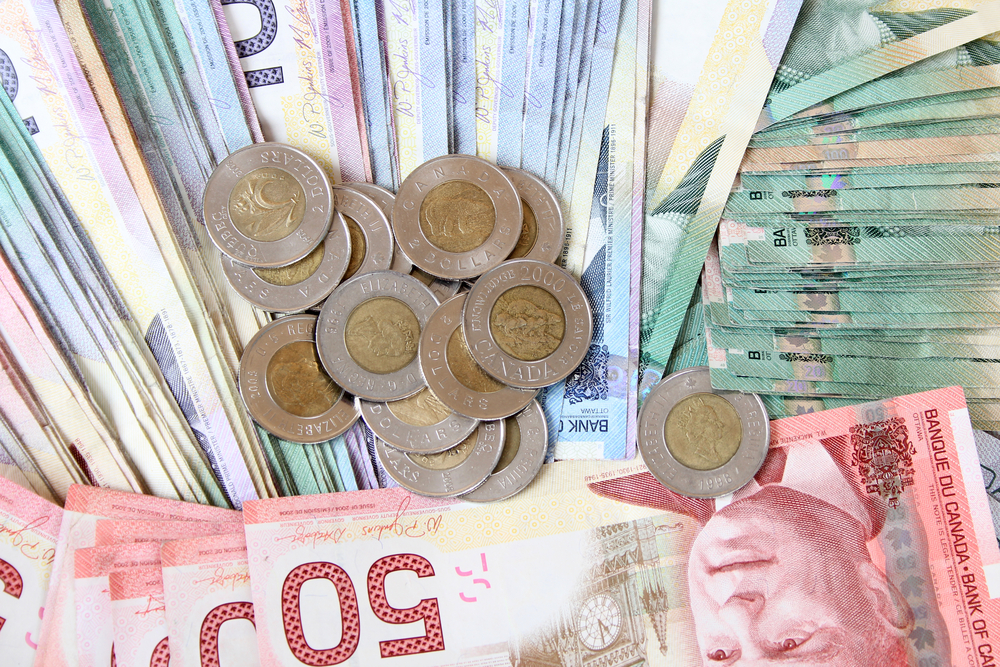 The Canadian dollar hit its lowest level in nearly two weeks against the U.S. counterpart in early trading on Wednesday ahead of the Bank of Canada’s monetary policy announcement, where it may address market expectations of successive rate hikes next year.

“We add a long USDCAD position to our FX Model Portfolio and target a move to 1.2750. A lot of good news appears in the CAD price. Since the September Fed meeting, the CAD has registered one of the largest builds on our positioning tracker. This has helped to drive a discount on our cross-asset FV measure (approximately 1.25) and an even larger discount on our implied level derived from just global growth expectations and risk sentiment (1.27),” noted Mazen Issa, senior FX strategist at TD Securities.

“While CAD’s oil beta has appreciably tightened in recent weeks, the terms of trade boost may be well advanced as our commodity team expects WTI oil to average $86 this quarter. We also expect a firmer USD in the weeks ahead, driven by outperformance against the low yielders and sticky Fed pricing as well as a seasonal boost that tends to occur in November”

At the time of writing, the USD/CAD pair rose to 1.2428 up from Tuesday’s close of 1.2388. Still, the Canadian dollar gained about 2.0% so far this month after depreciating around 0.5% in September.

Today, investors will closely watch the Bank of Canada’s monetary policy decision. As inflation increases and the jobs report for September is very strong, the Bank of Canada will likely reduce its bond purchases further.

“Markets price earlier rates liftoff/policy normalization for BoC. However, the BoC remains a candidate to push back on earlier rates liftoff at its meeting this week, as Citi do not see enough evidence so far to convince the BoC to turn more hawkish. But even a signal that the BoC sees rates liftoff sometime in H2’2022 would likely be taken positively by CAD investors. remains a “buy on dips,” noted analysts at Citi.

Canada is the world’s fourth-largest exporter of oil, which edged lower as U.S. stockpiles sap rally. At the time of writing, U.S. West Texas Intermediate (WTI) crude was trading 1.25% lower at $83.57 a barrel. Lower oil prices lead to lower U.S. dollar earnings for Canadian exporters, resulting in a decreased value of the loonie.

The dollar index, which measures the value of the dollar against six foreign currencies, was trading 0.16% lower at 93.800. However, the U.S. dollar has gained across most currencies in the last few weeks as investors have become concerned the Fed may withdraw its economic support due to slow global growth and high inflation.

Investors were concerned that increasing inflationary pressures could pose a headwind to the economy and affect how soon the Federal Reserve may be able to raise rates. Rising bond yields have contributed to the strengthening of the currency.

It is highly likely that the world’s dominant reserve currency, the USD, will rise by end of the year, largely due to the expectation of at least one rate hike next year. With the dollar strengthening and a possibility that the Federal Reserve will raise interest rates earlier than expected, the USD/CAD pair may experience a rise.