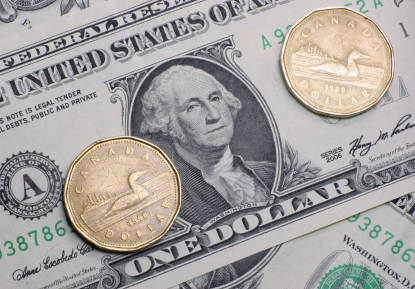 The USD/CAD pair continued with its struggle to register any meaningful recovery and continued with its subdued price-action within a three-day-old trading range. In the Friday session, USD/CAD is trading at 1.3134 up 0.01% on the day. On the release front, employment data is in the spotlight on both sides of the border. U.S Nonfarm Payrolls are expected to drop to 195 thousand and wage growth is forecast to remain pegged at 0.3%. The unemployment rate is also expected to stay unchanged at a sizzling 3.8%. Canada is expected to add 20.4 thousand jobs, after two straight declines. The unemployment rate is expected to remain pegged at 5.8%. However, the markets are braced for the trade deficit to widen to C$2.2 billion.

The highly-anticipated FOMC minutes were somewhat dovish in tone, as policymakers gave a thumbs-up to the strong U.S economy, but expressed concern about developments abroad. These include growing trade tensions with U.S trading partners, as well as political and economic developments in Europe. The minutes also reiterated the Fed’s support for a “gradual” raise in interest rates. The markets are circling the September policy meeting for the next rate hike, with the CME Group setting the odds of a quarter-point hike at 79%. The Bank of Canada meets on July 11 for a policy meeting, with the odds of a quarter-point hike now at 80% up from 55% just last week. Canada will release key employment numbers later in the day, and a strong showing could cement a rate hike and boost the Canadian dollar.

The escalating tariff battle will be in focus on Friday, as U.S tariffs on $34 billion in Chinese products took effect earlier on Friday. This move on its own will have a marginal effect on trade, but investors are nervous that the Chinese will retaliate, and President Trump could fire back. Both the U.S and China have shown no signs of backing down, and Trump recently threatened to slap tariffs on some $500 billion in Chinese imports, underscoring that this tariff battle could easily deteriorate into an all-out trade war and trigger a global recession. There are also serious trade tensions between the U.S and Canada, so Canadian officials will be anxiously watching these developments. Overnight sharp retracement in crude oil prices, led by an unexpected jump in the US inventories, undermined the commodity-linked currency – Loonie and extended some support to the major. However, persistent US Dollar selling bias did little to assist the pair to move away from near three-week lows. The pair is expected to move between 1.3110 & 1.3160 as trading session comes to close for the week.