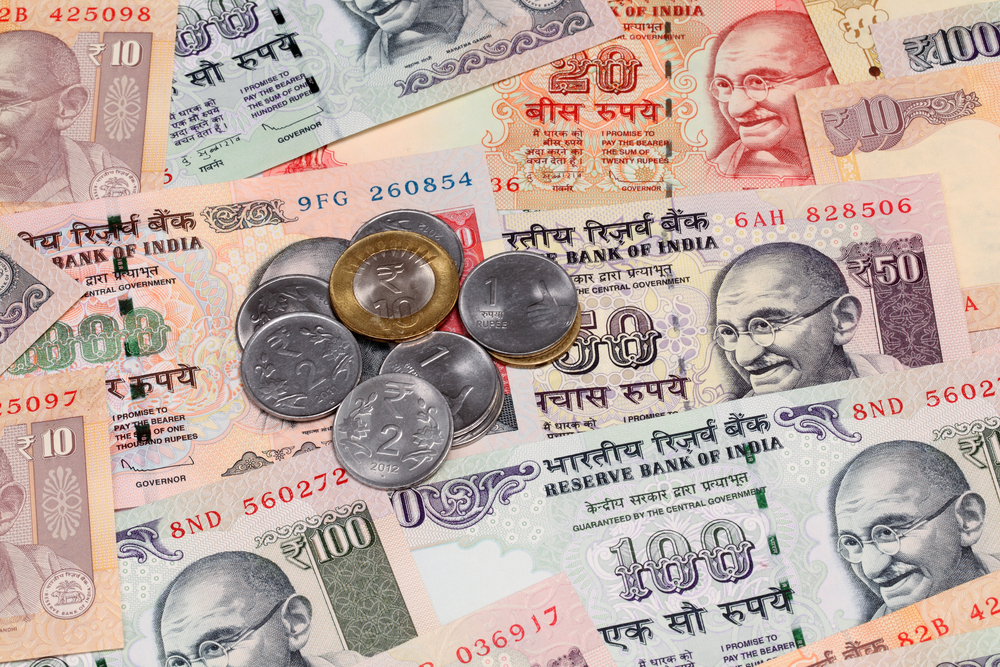 The Indian rupee opened lower, depreciating by over 25 paise against the U.S. dollar in early trade Monday as firm greenback and weakness in the domestic equity market continued to pressurise the battered Asian currency.

The dollar to rupee conversion today rose to 74.8125 against the U.S. currency, up from Friday’s close of 74.56. The rupee has lost over 170 paise in June – posting the biggest monthly drop since March 2020, the early days of the pandemic, and weakened about 49 paise so far this month.

“The rupee continued to trade in a range and last Friday ended almost flat, down 2 paise. The dollar posted modest gains on stronger-than-expected US June retail sales data. The dollar also garnered some support from a fall in the S&P 500 to a one-week low, which boosted the dollar’s liquidity demand,” noted analysts at ICICI Direct.

“The USD to INR is seeing contracting volatility while the trading range has been narrowing for a few sessions. Looking at the writing in OTM Call we feel upsides seem limited. The dollar to rupee July contract on the NSE was at 74.71 in the last session. The open interest fell 1.8% for the July series.”

The dollar index, a measurement of the dollar’s value relative to six foreign currencies, was trading 0.25% higher at 92.911 – not far from this year’s high of 93.437. That gain was largely driven by safe-haven buying as rising COVID-19 cases threaten to derail the global economic recovery.

“Although the cautious tone by Fed Chair Jerome Powell about the risks of persistent inflation and the need to taper asset purchases was not enough to trigger a sustained recovery in risk sentiment late last week, we look for a limited upside to trade weighed dollar this week,” noted analysts at ING.

“Not only it is a fairly calm week on the US data front (suggesting limited catalysts for a domestically driven USD rally), but the possibly cautious/dovish ECB on Thursday can provide a boost to cyclical FX, which would also spill over into the USD crosses (though EUR/USD would still decline).”

The world’s dominant reserve currency, the USD, is expected to rise further over the coming year, largely driven by the Fed’s expectation of two rate hikes in 2023. A strengthening dollar and growing risk that the Federal Reserve would tighten its monetary policy earlier than expected would push the USD to INR pair higher.

It is worth noting that sustained foreign fund outflows, higher oil prices, and firm U.S. dollar will continue to weigh on the rupee.

Global oil benchmark Brent futures traded 1.54% lower at $72.46 per barrel at the time of writing. Earlier this month, oil prices spiked to a three-year high of $77.84 per barrel as OPEC+ failed to reach an agreement. Higher oil prices would push up the inflation expectations and widen India’s trade deficit, which could hurt the Indian rupee.