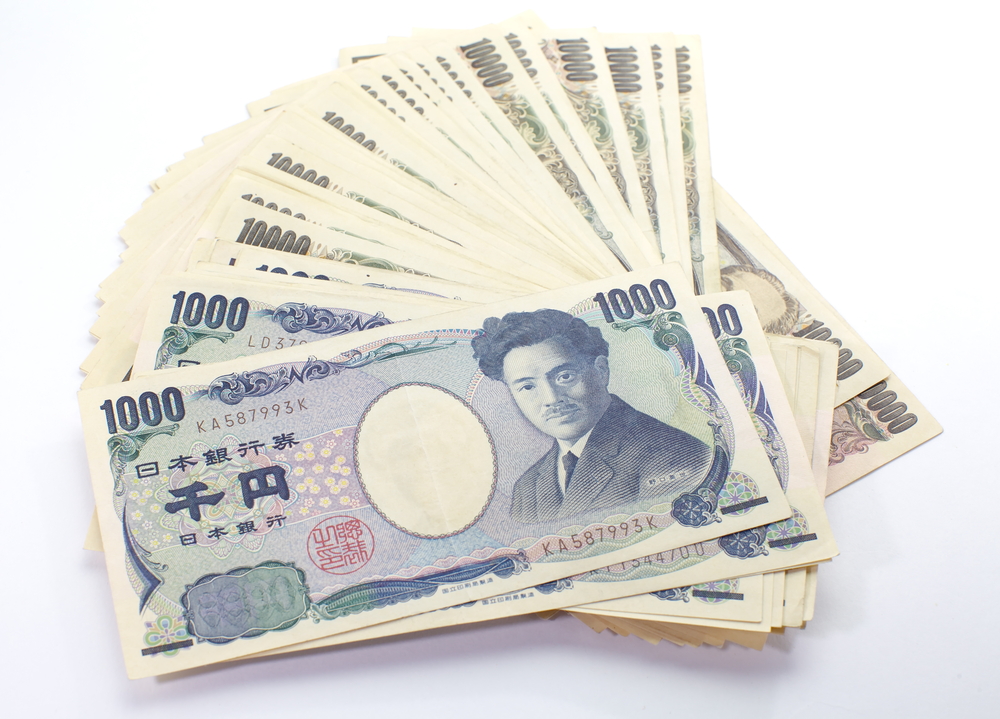 However, blocking Russia from SWIFT was already been in talks back in 2014 but SWIFT private company rejected the sanction. If would be the same this time, and if there are some positive news from Russia-Ukraine negotiators, then this may help markets to stabilize a bit. From an Elliott Wave perspective, we see strong resistance on gold and crude, which could be positive for stocks and possibly even USDJPY.

USDJPY is trading sideways for the last few weeks which now looks more and more like a bullish triangle, so we should be aware of more upside after final wave E). A Break above 115.85 can lead to a later breakout into the fifth wave, while the price is above 114.34 invalidation level. 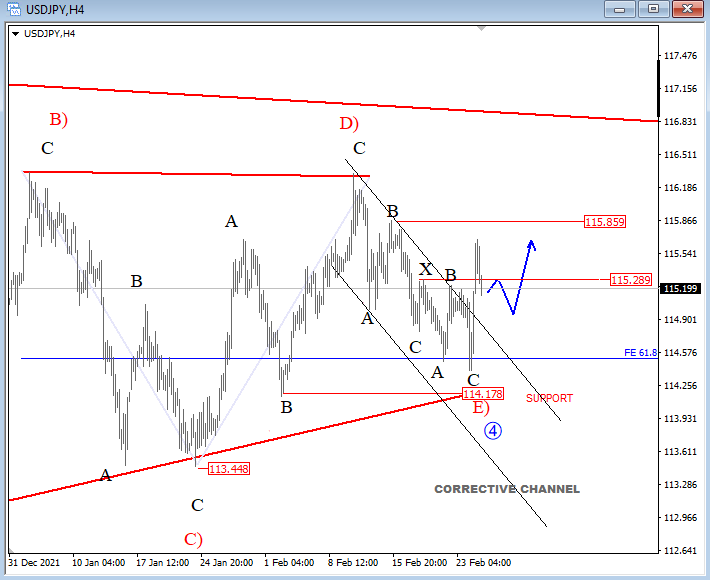 AUDJPY is still in sideways consolidation after we noticed final wave E of a bullish triangle pattern, but keep in mind that we can see another small triangle within that wave E so sooner or later we can expect a break out to the upside, we just need a bullish confirmation which is above 84.20 level. 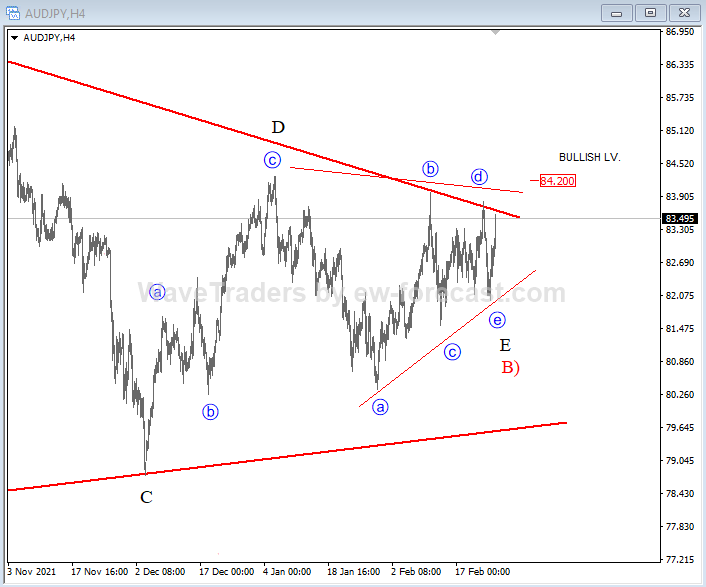