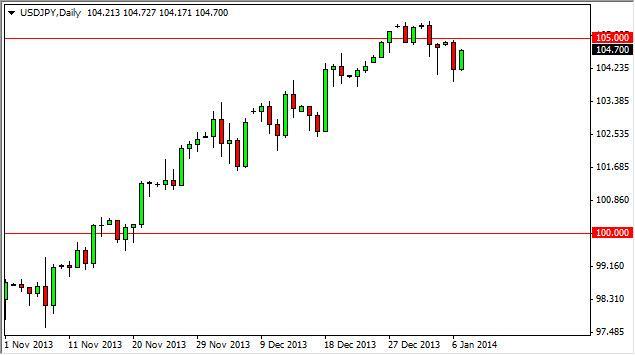 USD/JPY fell for most of the session on Tuesday, but managed a bounce to form a hammer just above the now obvious support area at 76.50 or so. The level is the bottom of recent consolidation going up to roughly 78.25, and it looks like it is getting some kind of support over and over.

The Bank of Japan has intervened in this market a couple of times over the last year and in quite spectacular fashion. However, there are also a lot of whispers in the market about possible clandestine buying by the central bank as well. If this is true, then obviously 76.50 seem to be a likely candidate for that move. The truth is, the reasoning for the support doesn’t matter, and just that it is there.

The situation around the world has people looking for safety, and the US dollar is often the main vehicle for that kind of trade. However, against the Yen it is a different story as so many banks borrow their money to trade in Yen as the interest rates are so low. As they leave the markets, they will have to reconvert their currency back into Yen in order to pay off these loans.

As for money flowing the other way, the Japanese are quite desperate to see the pair rise as it can help keep Japanese products cheap for American consumers. In fact, Sony has said several times over the recent past that the currency rates are severely cutting their ability to make money in North America and beyond.

Looking at the chart, we are willing to buy a break of the top of Tuesday’s range as a sign of bullishness building up. The b ounce could very well see the market rising back to the top of the recent range, setting our target as high as 78.25 or so. However, on the break – we would be happy to take profits at closer levels as this pair is so obviously manipulated presently.  Scalping for small gains has been very profitable over the last several months, and this should continue to be the case.