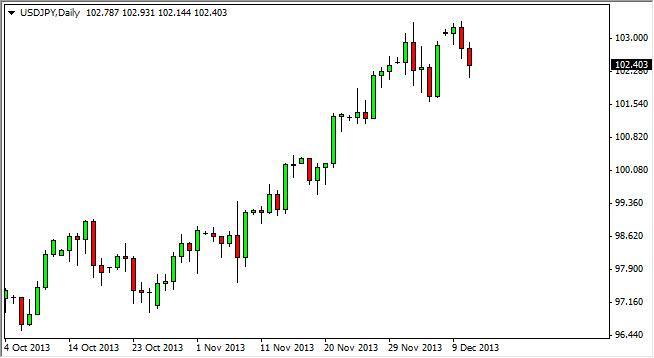 The USD/JPY pair fell during the Monday session, and even went so far as to fall below the 76.50 level that has been so obviously supportive over the last several months. The area isn’t an “official” line in the sand like we have in the EUR/CHF, but it is obvious that someone with a lot of money (read: Bank of Japan or large Japanese exporters) has an interest in keeping the market above that level.

The breech of this level is a fairly significant event, and one has to think that the Bank of Japan will become vocal again fairly soon about the current exchange rate. However, it should be noted that they are normally a bit slow to actually intervene, normally taking about a week or two to actually do it after making statements.

It was just about 50 pips below the closing price form Monday where the Bank of Japan last intervened. The Move was fairly sharp, but lost a lot of its steam in short order. Essentially, this market has been fighting with the 76.50 level in sight since then, although there has been a bit of consolidation as well.

We would simply not sell at this point. This market could become very explosive all of the sudden, and as a result we are avoiding the sell side. However, buying is going to be difficult as well, as the BoJ hasn’t made any remarks lately to make us think that the move is imminent. The financial leaders in Japan are going to have to start jawboning this pair for us to get overly excited about buying. Of course, a simple supportive candle like a hammer at this low levels would also be an interesting signal to buy.

Once we hear the Japanese start to complain about the Yen’s value, we are on the sidelines. However, once there are headlines out of Tokyo complaining about it – we are ready to buy on signs of support such as hammers on the lower time frames, and of course large green daily candles.