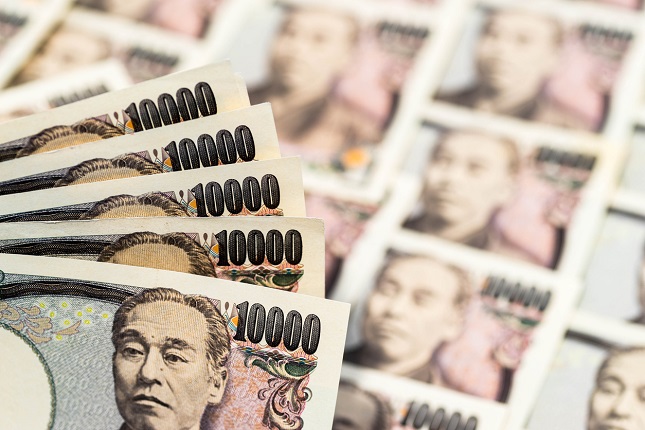 The new week starts with the continuation of the weakness of the American Dollar. At least the first part of the day as the second half of Monday brings us some gains for the Greenback bulls. Last week was very volatile, especially for the USDJPY. First, we had a strong upswing, where we almost reached the yearly highs and then a very dynamic drop caused by the rare comments from the POTUS.

Reversal from the end of the last week seems for now as a take profit action and should end soon. Actually, we do have some signals, that this drop may be coming to an end right now. Today, USDJPY reached a combination of two important supports. First one is the yearly up trendline that connects higher lows from the March 2018 (red). The second one is the long-term upper line of the symmetric triangle, which was broken two weeks ago. Price Action says that the broken resistance should be tested as a support and that is exactly what is happening now. A bounce from this area will give us a buy signal and a breakout will give us a sell signal. All you have to do is to be patient.

We are getting closer to the end of the European session and so far, the daily candlestick is a hammer. This kind of a pattern is very good for the potential buyers and can be a great opportunity. In my opinion, price closing a day above the green area would be a perfect buying opportunity.