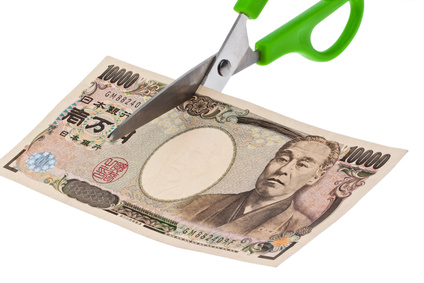 The USD/JPY pair dropped last week near its lowest level since the last intervention of the BOJ in foreign exchange market, as the risk aversion and the uncertainty about the outlook for the global economy encouraged traders to abandon high yielding currencies.

Furthermore, the USD/JPY pair has been trading in a dangerous area, where investors are worried from another intervention from the BOJ in the currency market to prevent the yen from further strength against the dollar.

The broad bourses acted well after Obama’s announcement, giving traders a chance to cover some of their previous losses. Meanwhile, major currencies were not able to benefit from the stock market rebound, as traders linked the currencies movements with the disappointed data released from theU.S.economy before.

The European sovereign debt crisis still has its negative effect on the financial market, where investors keep focusing on the safe haven investments including the Japanese yen and the greenback. Yet the worries eased after the euro area leaders announced a new bailout for Greece and extended the support for other nations to prevent the contagion threat.

The upcoming period could witness more volatility in the financial market, as the outlook for the U.S. economy become gloomier than expected, with the deteriorating employment sector and the threat of a possible debt downgrade by rating agencies.

Major highlights for this week that will affect the USD/JPY pair’s trading:

On Tuesday at 04:00 GMT, the Japanese economy will release the small business confidence for July, where the previous reading was at 43.1.

At 14:00 GMT, the U.S. economy will release the consumer confidence for July, which is expected to slow to 57.9 from 58.5. The Richmond Fed Manufacturing index for July will be published at 14:00 GMT, where it is expected to come at 5 from the previous reading of 3.

U.S. economy at 12:30 GMT will release the weekly initial claims numbers, where the number of people filing for first-time claims for the state unemployment insurance increased 418 thousand last week.

On Friday at 23:30 GMT (Thursday), the Japanese economy will release the jobless rate for June and expected to rise to 4.6% from 4.5%. The job to applicant is expected to remain steady at 0.61.

At 23:50 GMT, Japan will release the industrial productions for June, where the previous reading showed a rise of 6.2% while the expectations refer to 4.5%, while the annual reading is expected to fall by 1.2% from the previous drop of 5.5%.

The Japanese annual constructions orders for June will be released at 05:00 GMT, where it had a previous reading of 25.5%. On the other hand, the annualized housing starts for June had a previous of 0.815 million.

The U.S. economy will take the lead at 12:30 GMT, when it releases the annualized Gross Domestic Product for the second quarter, where growth is expected to slow to 1.7% from 1.9% in the first quarter.

The Chicago purchasing manager for July will be released at 13:45 GMT and expected to slow to 60.0 from the previous 61.1.

The University of Michigan Consumer Confidence final estimate for July at 13:55 GMT and expected to be revised higher to 64.0 from 63.8.