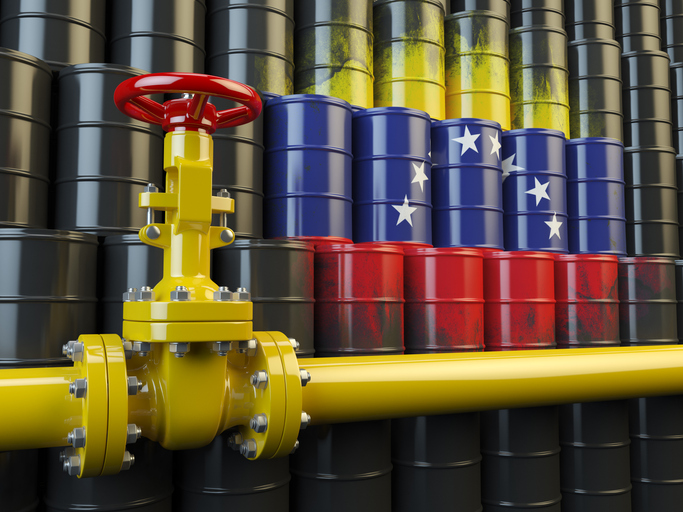 Venezuela is in chaos. Traders and investors are curious about the future of the Venezuelan crisis and its impact on the oil market. Venezuela has never differed with outstanding economic growth and living conditions. Moreover, the country had been intensively plunging into recession. However, what the country suffers now has significantly intensified the economic and humanitarian crisis.

Short brief: at the end of January, the opposition leader Juan Guaido proclaimed himself interim president who will fight against poverty and the economic disaster. It put the country on the threshold of the civil war.  Don’t forget that Mr. Maduro is still a Venezuelan president. Moreover, the opposition leader is supported by many countries including the US, which worsens the situations even more. The US has imposed sanctions on Venezuela’s state-owned oil and natural gas company PDVSA and it seems like there will be more actions.

The suffering Venezuelan production was supposed to push oil prices up. However, the effect wasn’t that strong. Does it mean that even a decline in the production of one of the biggest oil suppliers won’t support oil prices? Let’s figure it out.

The situation in the country is anticipated to become worse. The crisis keeps increasing and it’s highly unlikely that Mr. Maduro steps down without a fight. A further escalation will definitely hurt the domestic oil production. But will it affect the global oil market a lot?

In the short- and the medium-terms, oil may suffer big volatility. In the case of the negative news on the Venezuelan crisis and sanctions on the Venezuelan oil, prices may gain momentum. However, the effect is expected to be limited, especially when we consider the outcome the crisis has on the oil market now.

Moreover, the Venezuelan crisis should be taken into consideration together with other factors. The US production, OPEC cuts, demand/supply forecasts will shake the market as well.

Take a look at the technical side. On the weekly chart of Brent, we see that the oil benchmark keeps trading sideways. As we mentioned above, the Venezuelan problems didn’t boost prices a lot. However, the Venezuelan crisis together with supportive factors such as a decline in the supply or forecast on an increasing demand may affect oil prices more.

The first resistance is anticipated to lie at $67. The next level will lie at $71. If we talk about the medium-term, the important resistance will lie near the $80 level.

What if oil suffers based on the increased supply and decreased demand? In this case, the fall may slow near $55. The next support will lie at $51. In the case of the breakthrough, the slump below $45 will be likely.

It’s rare efficient to predict something especially when talking about politics, however, we will try. The production in Venezuela has already significantly declined. Just 4 years ago the country produced 2.4 million barrels and now we have just 1.3 million. An escalation of the political crisis will cause a further slump in oil production. No matter how long the crisis will continue, the reduction of Venezuelan production is anticipated. Does it mean that this reduction will support oil prices in the long-term? Again highly doubtful.

What should we pay attention to?

Firstly, of course, the US production. There are no doubts that the US will keep increasing its oil extraction. It’s not a secret that America tries to take the leading role in all spheres and the oil market is not an exclusion.

Secondly, OPEC production. OPEC+ is one of the most effective mechanisms that control oil prices. In the case of the fall of oil prices, the alliance will cut the oil supply. If there is a space for a price increase, they will raise oil production. However, as we already could see, Saudi Arabia announced additional cuts in March 2019 despite the Venezuelan crisis. It means that Venezuela’s factor isn’t affecting the market a lot.

Thirdly, the demand issue. Just recently, OPEC cut the oil demand forecast based on the slowing economies and expectations of faster supply growth from rivals. OPEC members claimed challenges to prevent a surplus even in the case of the additional production cuts.

In a conclusion, we can say that the Venezuelan crisis will definitely hurt the country’s economy. However, odds that it will encourage oil prices are low. An increasing US production, the global economic slowdown, the falling oil demand won’t let oil prices jump. Periodic volatility caused by an escalation of the conflict is anticipated. However, the long-term positive effect is doubtful.