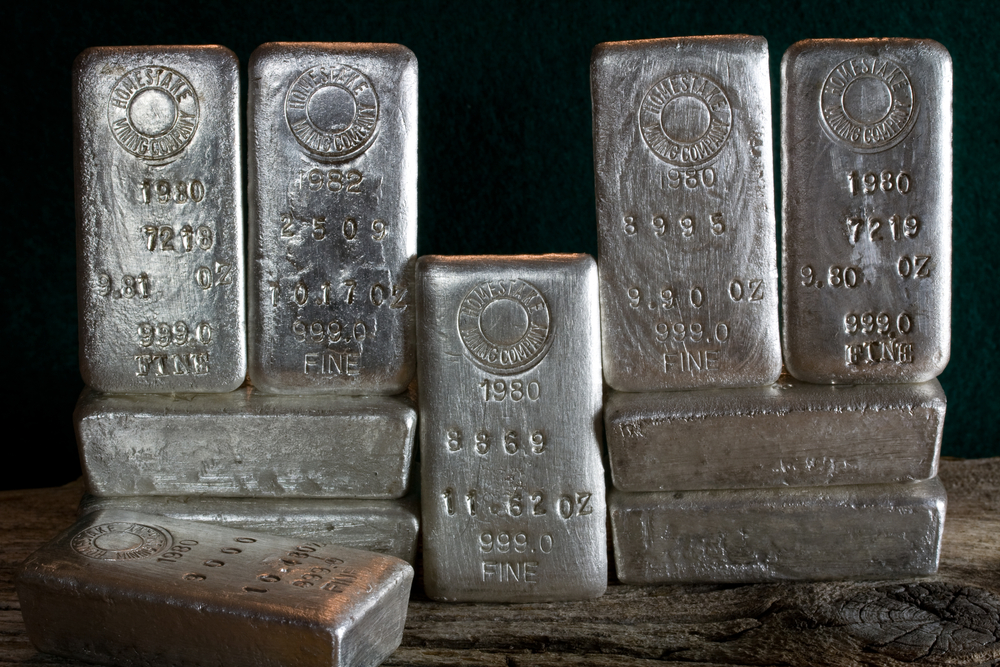 However, an examination of those fundamentals reveals a different picture. That picture is inconsistent with the call for higher silver prices.

The supply deficits (gaps in consumption over production) have been talked about for decades. In the 1960s and 1970s they were the principal fundamental justification in the case for higher silver prices.

Throughout the twentieth century, industrial use of silver increased to the point where the consumption of silver eventually exceeded new production. This is the start of the consumption/production gap to which people refer. The government then became a willing seller in order to keep the price down. The specific purpose was to keep the price from rising above $1.29 per ounce. This is the level at which the amount of silver in a silver dollar (not Silver Eagles) is worth exactly $1.00.

Neither price suppression, nor support, are significant issues at this time. The primary imbalance in supply and demand was corrected in the 1970s. If it hadn’t been, the silver price might be much higher than it is.

Expectations for a return to a 16-1 gold/silver ratio will go unfulfilled. The gold-to-silver ratio that existed one hundred fifty years ago was mostly the result of political influence and appeasement. There is no fundamental reason which justifies any particular ratio between gold and silver. (see Gold-Silver Ratio: Debunking The Myth) 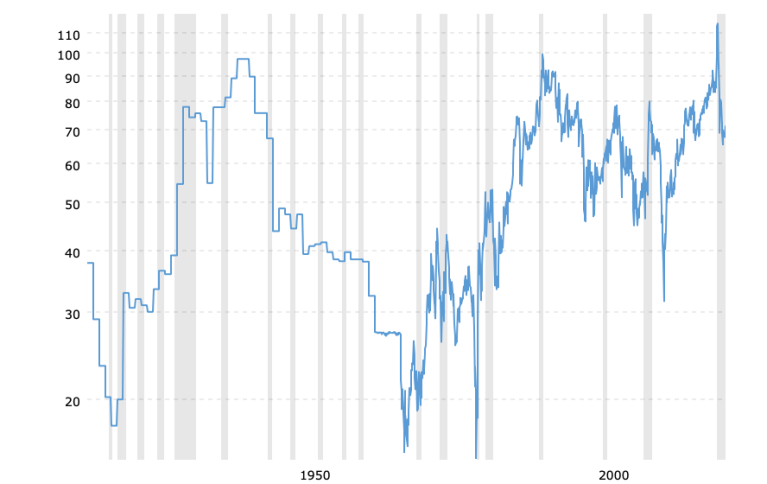 As can be seen in the chart above, the gold-to-silver ratio continues to widen in favor of gold.

Silver is an industrial commodity. Its primary demand is driven by – and its price is determined by – industrial consumption. Any role for silver as a monetary hedge is secondary. This is true even in light of the significant increase in the amount of silver used in minting bullion bars and coins; particularly Silver Eagles.

The fundamentals simply do not support the bullish expectations for silver. Also, there are fundamentals that make silver vulnerable to a big price drop.

Deflation is a more likely near-term possibility than hyperinflation. True deflation results in a decrease in the general price level of goods and services.

As an industrial commodity, the silver price would reflect the full brunt of deflation’s effects. The depression-era low for silver occurred in late 1932 at $.28 oz. This low coincided with the stock market’s low.

Something similar happened in March-April 2020, when both silver and stocks declined by thirty-five percent.

Another possibility is that we might continue for several more years with relative prosperity and disinflation. This would not stop further price declines for silver.

It has been ten years since silver last peaked at close to $50.00 oz. At the current price of approximately $25.00 oz., silver is cheaper by one-half. This is shown on the chart (source) below… 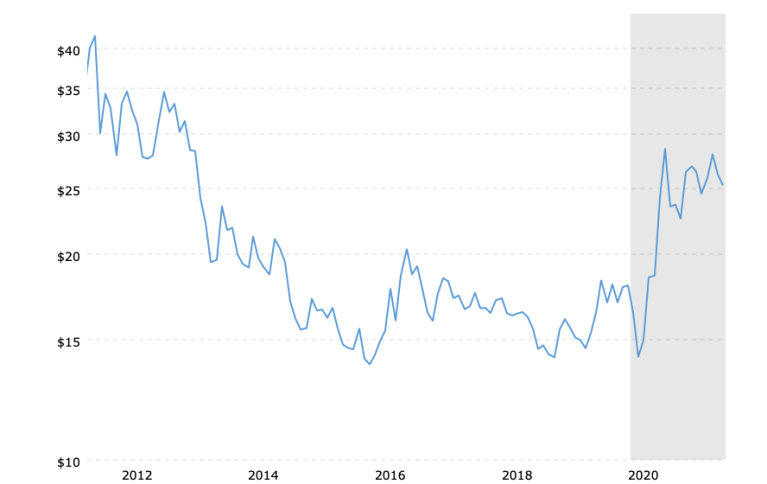 Given that, does it matter much that silver has doubled in the past year. All of that increase is just a matter of recovering some lost ground.

Historically speaking, most of the reasons people give in support of dramatically higher silver prices, lose credibility when one looks at the facts.

Silver is ineffective as a monetary hedge because it is not a store of value. Silver would need to be over $100.00 per ounce right now to roughly approximate what gold’s current price of $1800 oz. reflects regarding the loss in purchasing power of the US dollar over the past century.

In addition, on the few occasions when silver has increased in price dramatically, it has given up most or all of the gains in short order.

In other words, there is likely more downside ahead for silver’s price. And it could be quite significant.