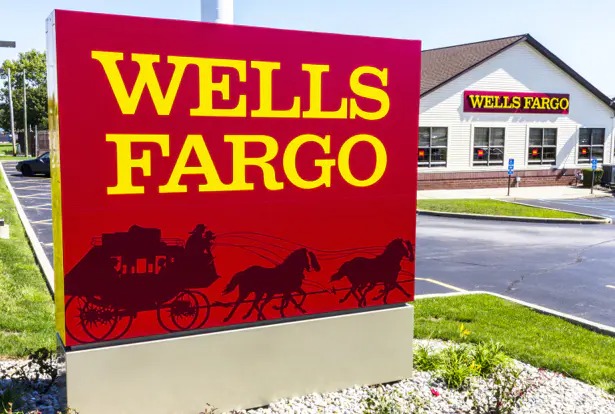 The fourth-largest lender in the U.S. reported adjusted earnings per share $1.05, beating analysts’ expectations of $0.69 per share. With $18.06 billion in revenue, Wells Fargo surpassed Wall Street’s consensus estimates of $17.5 billion.

“Our results for the quarter, which included a $1.6 billion pre-tax reduction in the allowance for credit losses, reflected an improving U.S. economy, continued focus on our strategic priorities, and ongoing support for our customers and our communities. Charge-offs are at historic lows and we are making changes to improve our operations and efficiency, but low-interest rates and tepid loan demand continued to be a headwind for us in the quarter,” said Chief Executive Officer Charlie Scharf.

Sixteen analysts who offered stock ratings for Wells Fargo in the last three months forecast the average price in 12 months of $39.64 with a high forecast of $47.00 and a low forecast of $32.00.

The average price target represents a -0.38% decrease from the last price of $39.79. Of those 16 analysts, nine rated “Buy”, seven rated “Hold” while none rated “Sell”, according to Tipranks.

Morgan Stanley gave the base target price of $47 with a high of $67 under a bull scenario and $21 under the worst-case scenario. The firm gave an “Overweight” rating on the financial services company’s stock.

Several other analysts have also updated their stock outlook. BofA raised the price objective to $44 from $43. Wells Fargo & Company had its price target lifted by Barclays to $42 from $36. They currently have an equal weight rating on the financial services provider’s stock. Seaport Global Securities raised to a buy rating from a neutral and set a $42 target price. Oppenheimer reaffirmed a hold rating on shares.

“Wells Fargo (WFC) appears to be beginning to take action to restructure its business mix as it works to exit the Fed consent order/asset cap and reduce its expense base. While uncertainty remains around the impact of business exits and timing of consent order/asset cap exit, we believe risk more than accounted for in the stock at 9x our 2022e EPS,” noted Betsy Graseck, equity analyst at Morgan Stanley.

“WFC benefit to EPS from rising long end rates is the highest in the group, with each ~50bps increase in the 10yr driving ~4% to NII and as much as ~8% to EPS. We model WFC driving their expense ratio down to 64% by 2023 on reduced risk and compliance spend, operational efficiencies, and branch optimization. Lower expense ratio possible.”