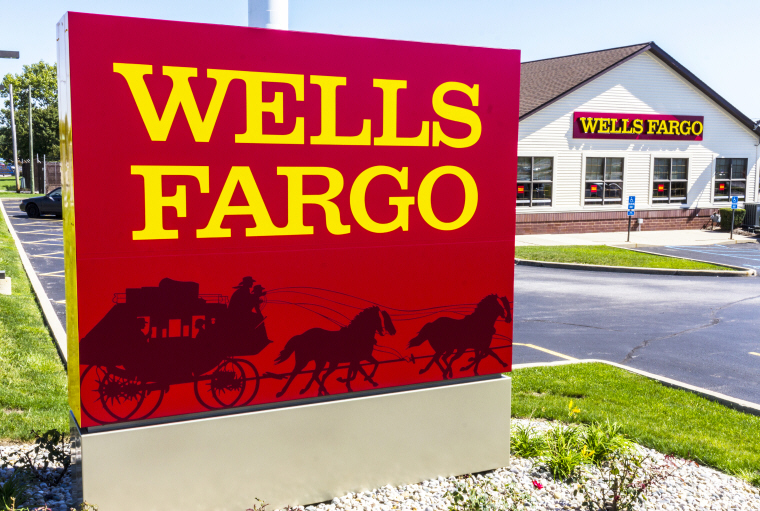 The United States’ fourth-largest bank Wells Fargo’s profit modestly beat consensus estimates for the fourth quarter, but its revenue fell short of market expectations, sending its shares down over 7% on Friday.

“Expect FY ’21 expense to come down $1 billion to $53 billion which includes $3.7 billion of cost saves from efficiency initiatives and offsets from biz investments, revenue-related comps, and other items. Wells Fargo (WFC) expects restructuring charges to remain flat in ’21 vs. ’20 and notes that operating losses can be unpredictable with $1 billion currently baked into the guide. The guide looks in-line with cons. at $53 billion.”

“Although our financial performance improved and we earned $3.0 billion in the fourth quarter, our results continued to be impacted by the unprecedented operating environment and the required work to put our substantial legacy issues behind us,” Chief Executive Officer Charlie Scharf commented on the quarter.

Fifteen analysts who offered stock ratings for Wells Fargo in the last three months forecast the average price in 12 months at $34.23 with a high forecast of $40.00 and a low forecast of $27.00.

The average price target represents a 6.57% increase from the last price of $32.12. From those 15 analysts, nine rated “Buy”, six rated “Hold” and none rated “Sell”, according to Tipranks.

Morgan Stanley gave a base target price of $40 with a high of $54 under a bull scenario and $20 under the worst-case scenario. The firm currently has an “Overweight” rating on the financial services company’s stock.

In addition, Wells Fargo & Company had its target price hoisted by Deutsche Bank to $37 from $35. The firm currently has a buy rating on the financial services provider’s stock. Credit Suisse Group raised their price objective to $35 from $33 and gave the company a neutral rating. At last, Barclays lifted their price target to $36 from $33 and gave the stock an equal weight rating.

“Wells Fargo (WFC) appears to be beginning to take action to restructure its business mix as it works to exit the Fed consent order/asset cap and reduce its expense base. While uncertainty remains around impact of business exits and timing of consent order/asset cap exit, we believe risk more than accounted for in the stock at 7.7x our 2022e EPS and 0.9x BV,” said Betsy Graseck, equity analyst at Morgan Stanley.

“WFC benefit to EPS from rising long end rates is the highest in the group, with each ~50bps increase in the 10yr driving ~4% to NII and as much as ~10% to EPS. We model WFC driving their expense ratio down to 66% by 2023 on reduced risk and compliance spend, operational efficiencies, and branch optimization. Lower expense ratio possible.”