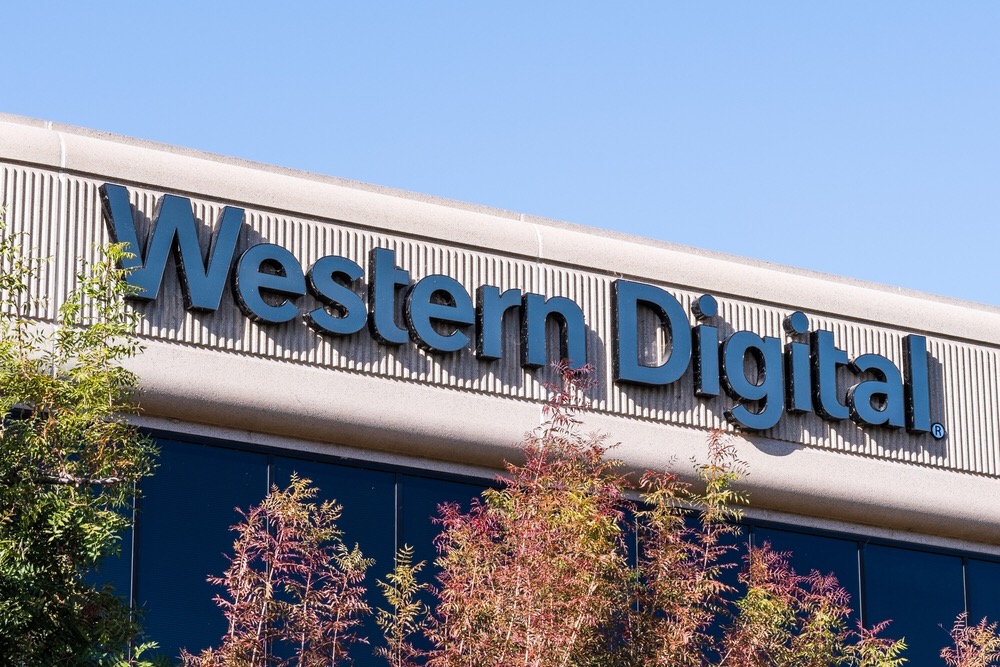 Analyst Mark Newman belies the company’s strategic diversification into NAND flash memory through its 2015 acquisition of SanDisk positions it to take advantage of a shift in data storage management from local storage to data centers. He sees NAND flash memory devices growing 35% a year on average over the next decade.

‘NAND will capture the majority of growth due to its performance, power and form-factor advantages over HDDs,’ Newman wrote in a note to clients cited by Barron’s. ‘Mission-critical data-center storage will shift to 100% NAND by 2024,’ he added.

The analyst argues the current stock price undervalues the company’s NAND business.  He says its implied valuation of $4.4 billion represents just 25% of the $19 billion the company forked out to acquire SanDisk. The firm trades around seven times future earnings, well below its five-year average multiple of nine times earnings. As of July 15, Western Digital stock has a $13.31 billion market capitalization and is down almost 30% this year.

Analysts expect the company to disclose fiscal fourth-quarter earnings of $1.01 per share when it reports after the closing bell on Wednesday, Aug. 5. In the third quarter, the firm’s data center devices and solutions segment increased 22% year-over-year amid growing demand for enterprise SSDs and double-digit terabyte drives. Traders should watch for continued strength in this business after Bernstein’s bullish outlook on data storage growth.

Analysts overwhelmingly support the stock, with 18 ‘Buy’ ratings, 2 ‘Overweight’ ratings, and 11 ‘Hold’ ratings. Currently, no research firm advises selling the company’s shares. Price targets fluctuate between $45 and $90, with the consensus coming in at $61.45. Given the favorable Wall Street view, watch for a possible runup into Western Digital’s next earnings report as traders bet on a better-than-expected quarter.

Despite sitting under a death cross, the stock has remained in a trading range since late March. More recently, a descending triangle has formed over the past six weeks to establish crucial support and resistance areas. Yesterday’s breakout above the pattern’s upper trendline may see bulls test the downward sloping 200-day SMA around $51. Conversely, a breakdown below the triangle could trigger a decline to the trading range’s lower boundary at $37.5.