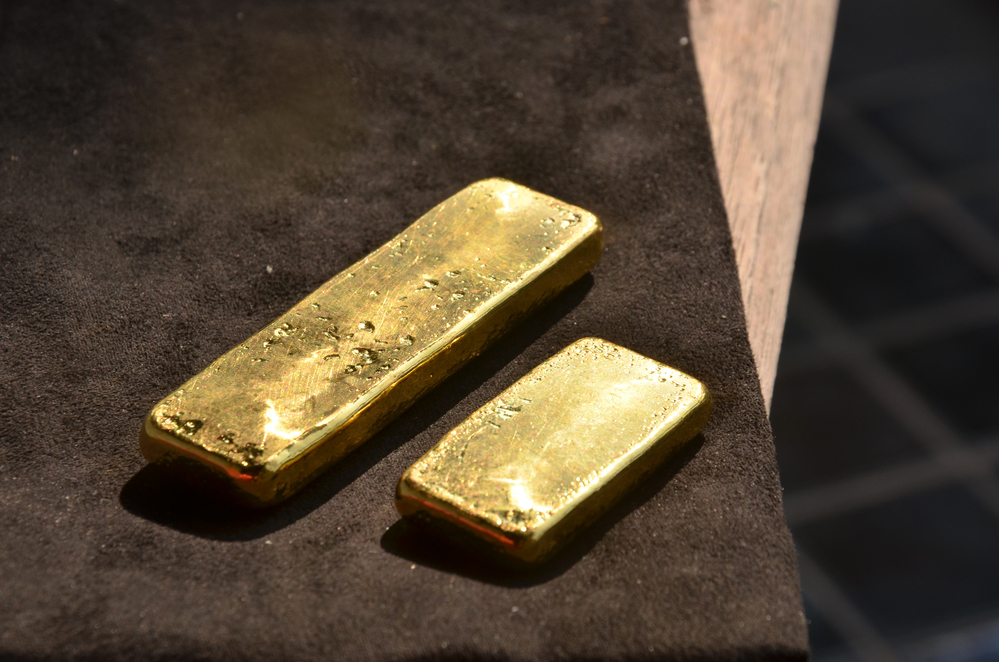 Mining stocks declined significantly this week, but they haven’t severely underperformed gold. There is a good reason for it – the general stock market moved higher recently.

What would have to happen for the mining stocks (in particular, junior mining stocks) to decline in a more profound manner and slide well below $30 (in the GDXJ)? For example, the trend in the stock market could reverse.

Guess what – that’s exactly what’s likely to happen based on what’s going on in the S&P 500 chart. 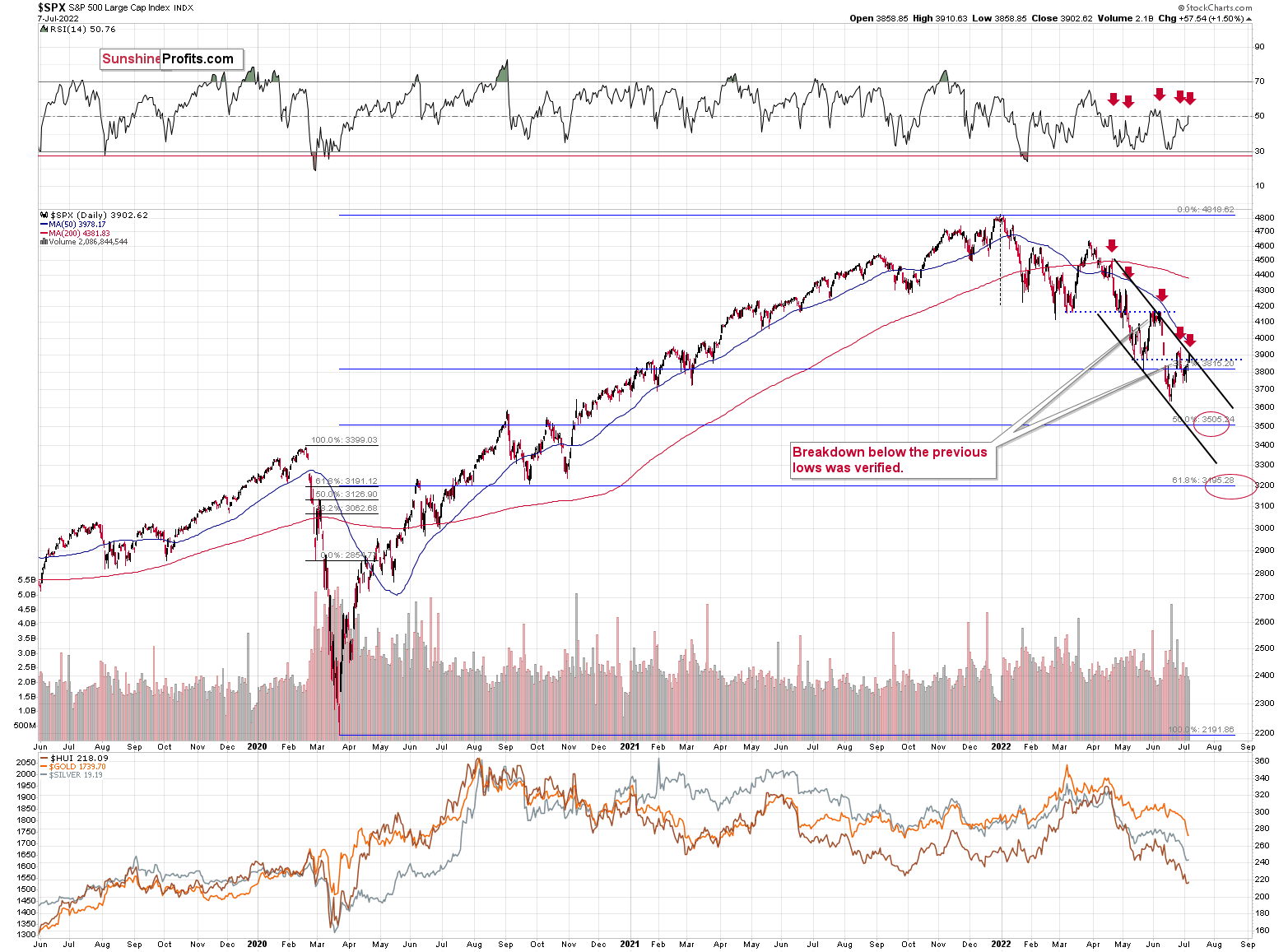 The S&P 500 just moved to the upper border of its trading channel, which means that it’s now likely to reverse its course. This scenario is supported by the action in the RSI indicator.

As you can see on the above chart (marked with red arrows), when the RSI moved to or close to 50 in recent months, it meant that the corrective rally was either over or about to end. The RSI just moved to 50.76.

In all recent cases, the declines that followed this RSI-close-to-50 sell signal were sharp. All of them, except the last one, were quite significant from the short-term point of view. In fact, if the S&P 500 does exactly what it did after the previous signals, it will likely move close to the 3,500 level, which has been my target area for some time now. That’s where we have the 50% Fibonacci retracement based on the entire 2020-2022 rally.

Most interestingly, though, such a decline would likely have a devastating effect on the prices of mining stocks (especially junior mining stocks) and silver. There might be some impact on gold, too.

The Rise of the Dollar

The above would also be in tune with an extra rally in the USD Index. After all, less competitive exports are not that favorable for the U.S. economy. 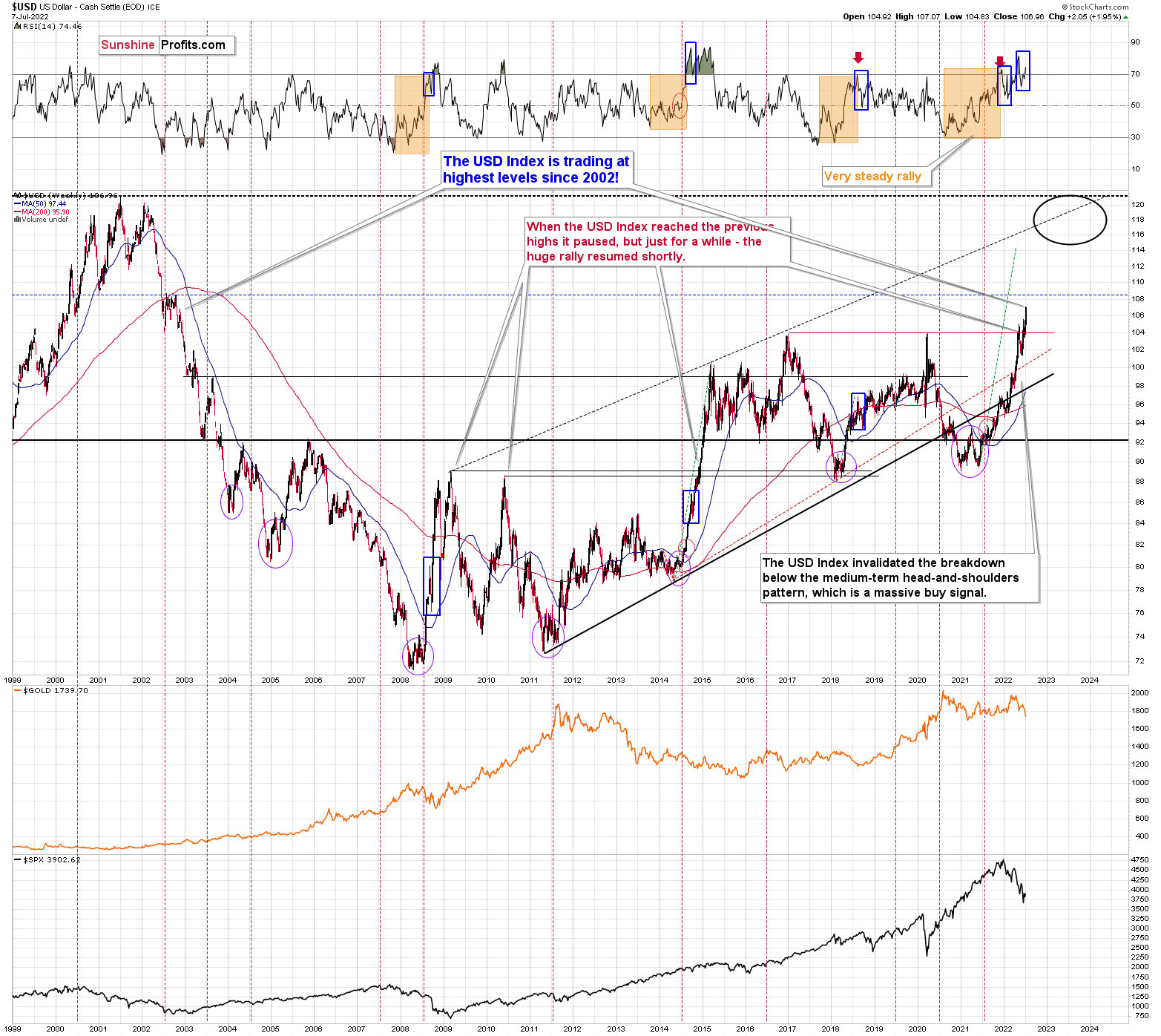 Speaking of the USD Index, after invalidating the breakout below the multi-year head-and-shoulders pattern, the USDX was poised to soar, just like I’ve been expecting it to do for more than a year, and that’s exactly what it did. And now it’s as high as it hasn’t been that high in 20 years!

The USD Index just broke above the previous highs, and it did so after correcting, which means that it just completed a massively bullish cup-and-handle pattern. This pattern is likely to send the USD Index much higher. However, since no market moves in a straight line, either up or down, let’s see where we have potential resistance levels.

The nearest resistance is provided by the 2002 high, and it’s slightly above the 108 level.

This means that the USD Index could easily rally by another 1 index point or so, which in turn could easily trigger another profound decline in gold.

This could happen this week (or early next week), so please stay tuned.

Whether this triggers a massive decline in junior miners or not is a different matter. It might, but it also might trigger a move back to this week’s intraday lows or just somewhat below them, and then miners could show strength. Either of the above – if accompanied by gold’s move to/below $1,700 – would serve as a signal for closing one’s current short positions and taking our massive profits off the table.

If the general stock market declines along with a rally in the USD Index, then the scenario in which the junior miners decline profoundly will likely be realized. I think it’s the more likely scenario here.

Do I plan to enter a long position once I close the current short position? Yes (just like I did at the end of the previous big correction), but only if gold declines below $1,700. If it doesn’t, and it moves higher right now, then I most likely won’t make any adjustments to the current short position. Remember – it’s not the point to catch each and every price move – in fact, it’s impossible to do so. The point is to select those trades that have the best risk-to-reward ratio and then enter trades while waiting out (i.e., ignoring) possible trades that don’t have a very favorable risk-to-reward ratio.