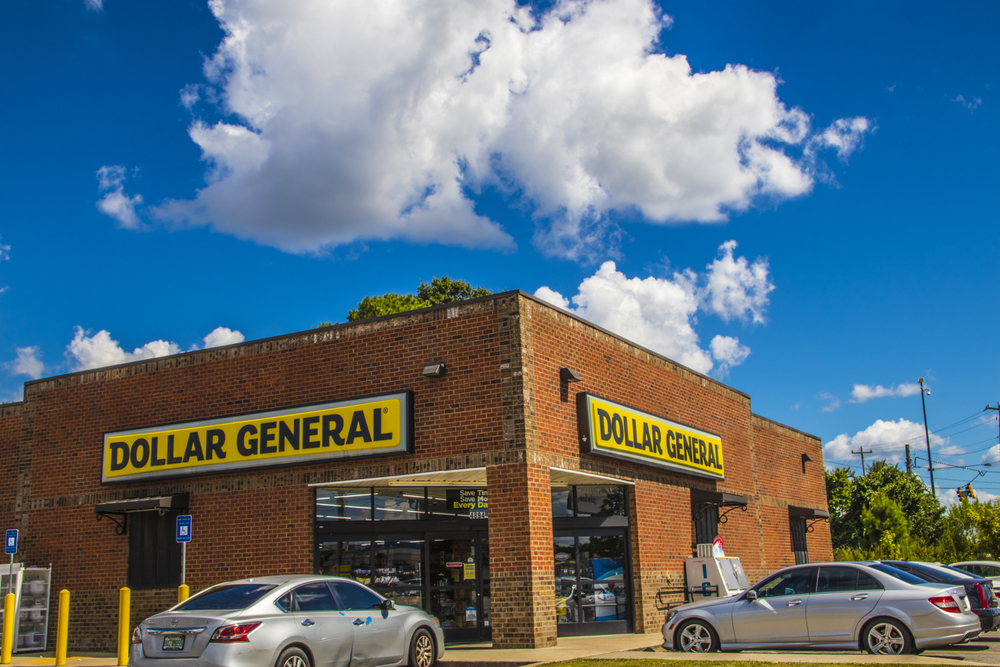 Shares of Dollar General found themselves under strong pressure after the company released its quarterly report.

Dollar General reported revenue of $8.41 billion and GAAP earnings of $2.62 per share, beating analyst estimates on revenue and missing them on earnings.

The company decided to raise its quarterly dividend by 16.7% to $0.42 per share. At current price levels, the stock yields about 0.94% which is not sufficient enough to attract yield-oriented investors. At the same time, the material increase of the dividend will be certainly welcomed by Dollar General’s long-term shareholders.

In addition to raising the dividend, the company announced that it increased its share repurchase program by $2 billion.

Higher dividend and the increase of the share buyback program did not help the stock as the market focused on the company’s guidance. Dollar General expects that its net sales may decline by up to 2% and projects that its full-year earnings will be in the range of $8.80 – $9.50 per share compared to analyst consensus of $10.08 per share. The disappointing guidance was the main bearish catalyst for the stock today.

What’s Next For Dollar General?

The previous year was very successful for the company which stated that consumer behavior driven by COVID-19 provided significant support to its business. This year, the economy continues to rebound as more people get vaccinated, which is a bearish development for discount stores like Dollar General.

At the same time, the new stimulus payments may provide additional support to retailers, but it remains to be seen whether this support will be strong enough to boost the company’s stock.

Assuming Dollar General manages to deliver earnings at the midpoint of its guidance for the year, its stock is trading at less that 20 forward P/E which looks like a reasonable valuation for the current market environment but is not cheap compared to the company’s peer group. In this light, the stock will likely need some additional upside catalysts to get back to the previous upside mode.