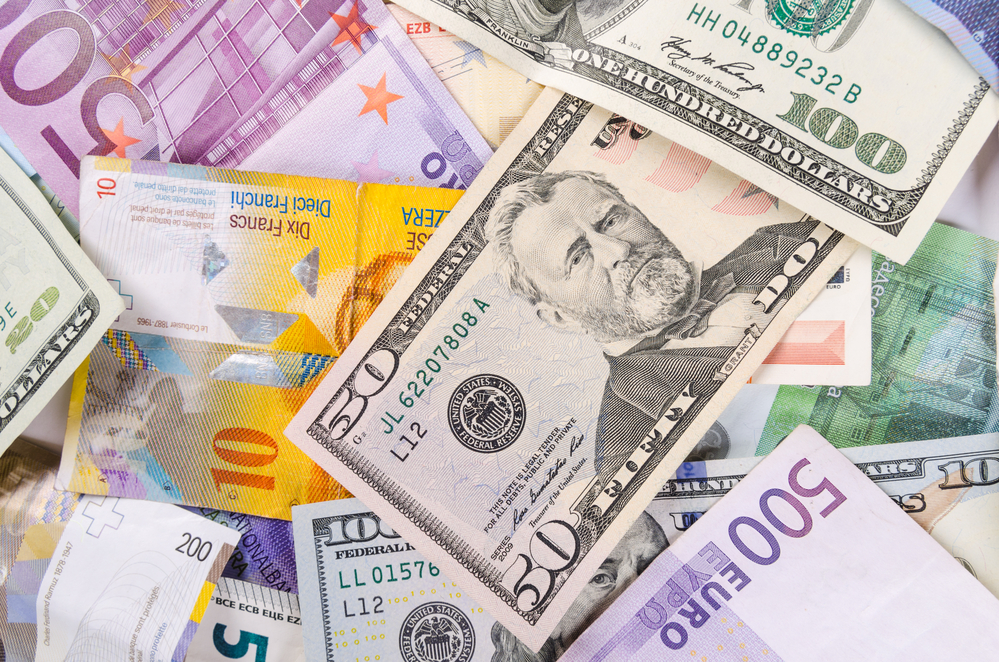 The JP Morgan Emerging Market Currency Index is edging higher for the fourth consecutive session. The lower yields are not doing equities much good today. Outside of China, the large equity markets in the region fell, and the MSCI Asia Pacific Index is posting back-to-back losses. The three-day rally in Europe’s Dow Jones Stoxx 600 is at risk as most sectors, but health care and real estate, are losing ground. Financials are the largest drag.

US future indices are a little changed to slightly firmer. Oil and other industrial commodities are firmer, and the CRB Index closed yesterday at new six-year highs. Gold is unable to benefit from the weaker dollar and lower interest rates. The upside momentum that had carried it briefly above $1900 fizzled.

China reported a smaller than expected rise in last month’s consumer prices but a larger rise in producer prices. Falling food prices helped temper the rise in consumer prices to 1.3% rather than 1.6% that the median in Bloomberg’s survey projected. The decline in pork prices helped keep food prices in check, while non-food prices rose by 0.9%. Producer price inflation accelerated to 9.0% from 6.8%. The median forecast was 8.5%. Oil, metals, and chemicals were the drivers. Beijing is trying to finesse lower producer prices by cracking down on unauthorized activity, but it does not appear sufficient.

Reports suggest it is considering some sort of cap on thermal coal prices before peak summer demand. One proposal would cap the price to the miners, while another proposal was to limit the price at the port. Still, the discussion shows that Chinese officials are still reluctant to allow supply/demand to adjust prices. If thermal coal prices or other commodities are not allowed to move freely, is Beijing really prepared to allow the yuan to be convertible as some are suggesting could take place with the introduction of a digital yuan?

The Reserve Bank of Australia did not adjust policy last week, but comments today suggest it may join the queue of central banks adjusting their stance as the inoculations are gradually allowing some return to normalcy. Former RBA member Edwards said that the RBA would likely scale back its QE next month, which others, including ourselves, had suggested was possible.

The RBA’s Assistant Governor Kent admitted he has been surprised by the strength of the rebound and is optimistic about growth fueling wage increases and inflation. Currently, the RBA targets the April 2024 bond at 10 bp. It is to decide next month whether to switch it to the November 2024 maturity. Targeting the 3-year yield at the cash rate is a way to underscore the lack of intent to raise rates in the interim.

The dollar is trapped in almost a 20-pip range against the yen today in the upper end of this week’s range. It has not been above JPY109.65 so far this week nor below about JPY109.20. There are about $1.2 bln in options in the JPY109.00-JPY109.10 area that roll-off today. The benchmark three-month implied volatility reached almost 5.53% yesterday, its lowest level since February 2020. The Australian dollar is steady, trading inside yesterday’s range, which was inside Monday’s range (~$0.7725-$0.7765). Like the dollar-yen, the Aussie is also in a 20-tick range so far today.

The Chinese yuan rose today, recouping the losses seen in the past two sessions. The dollar reached CNY6.4120 at the end of last week but has consistently recorded lower highs and lower lows this week. The PBOC’s reference rate for the dollar was set at CNY6.3956, spot on expectations. It is beginning to look as if official intent is more about breaking the one-way market that had appeared to develop and stabilize the yuan rather than reverse it. Whether defending a set line, which some have suggested at CNY6.35 or not, still has to be seen.

The ink G7 finance minister agreement on the minimum corporate tax is hardly even dry, and the first exception is being sought. The UK (and apparently the EU) want to exclude financial services from the new global tax regime. Separately, the US and the EU will have a rapprochement that will resolve the two outstanding disputes: The goal is to resolve the Boeing/Airbus subsidy issue by July 11 and end the steel and aluminum tariffs imposed by the Trump administration on national security grounds by the end of the year. The US has protested but will not escalate the sanctions for the Nord Stream 2 pipeline, and the tax reform would see European countries drop their digital tax initiatives.

Meanwhile, Europe is gradually taking a harder line against China. The EU Parliament is not proceeding with the ratification of the EU-China trade agreement struck at the end of last year. Italy, which was the only G7 country to sign on to the Belt Road Initiative, has blocked Chinese acquisitions under Prime Minister Draghi. Europe has endorsed the US call for new efforts to find the origins of Covid-19, even though the origins are unnecessary to combat virus and protocols to tighten security as labs during such work are necessary regardless of the precise origin.

Germany reported a 15.5 bln euro trade surplus in April, down from 20.2 bln in March. Exports growth slowed to 0.3% after a 1.3% gain previously. Imports fell by 1.7%, more than expected after the March series was revised to show a 7.1% gain (initially 6.5%). The smaller trade surplus translates into a smaller current account surplus (21.3 bln euros vs. 30.0 bln in March).

The euro is firm, but it too is trading inside yesterday’s range, which is inside Monday’s range (~$1.2145-$1.2200). There is an option for about 1.14 bln euros at $1.22 that expires today. The market is also circumspect ahead of tomorrow’s ECB meeting, for which a consensus has emerged that it will not return its bond-buying to that which prevailed before March.

We caution that knowing the ECB’s bond-buying plans does not help trade the euro or European rates, both of which have risen since the ECB accelerated its buying. Sterling, too is range-bound with last Friday’s range (~$1.4085-$1.4200). The general consolidative tone looks set to continue.

The Bank of Canada meeting is the highlight of the North American session today. At its last meeting in April, it announced it would slow its bond purchases and brought forward the closing of the output gap into H2 22. Since then, Canada has reported back-to-back job losses. The Canadian dollar has appreciated by almost 3.4% since that April meeting. It is the strongest of the major currencies. A decision on whether to proceed with tapering is expected at next month’s meeting, not today.

Yesterday, Canada reported an unexpected trade surplus for April. Exports and imports fell, with motor vehicle trade disrupted by the line shutdowns due to the shortage of semiconductors. Canada’s energy trade balance was in surplus by about C$6.8 bln, while the non-energy balance was in deficit by about C$6.2 bln. Canada had a C$6.4 bln surplus with the US and a C$2.2 bln deficit with China.

The US reports wholesale inventory data today ahead of tomorrow’s May CPI. The focus, however, is shifting to next week’s FOMC meeting. Yesterday, the US sold $58 bln 3-year notes. Although the high yield slipped fractionally, the bid cover ticked up, as did indirect bids. Today, the Treasury sells $38 bln 10-year notes and tomorrow $24 bln 30-year bonds.

Tomorrow’s four and eight-week bill auctions may draw more attention than usual as the earlier bill auctions showed a little uptick as the market anticipates that the Fed may have to tweak the interest it pays on reserves or the zero rate on the reverse repos (demand reached a new record of almost $500 bln yesterday). Separately, the US Senate passed (68-22) the bill to boost US competitiveness, which has some elements that were in the infrastructure bill. The bill now gets taken up by the House.

Mexico reports May CPI figures today. The year-over-year pace is expected to pull back from the 6.08% pace seen in April but not sufficiently to change anything. Moreover, the core rate is expected to quicken a little. Through April, Mexico’s core rate has risen by almost 5% at an annualized rate. The market appears to lean toward a rate hike by the end of the year and as much as four hikes by the middle of 2022. Brazil reports its IPCA inflation today as well.

The year-over-year pace is expected to have accelerated to nearly 8% from about 6.75% in April. The central bank has already indicated it will raise rates next week by 75 bp, the third such move of the year. It would lift the Selic rate above Mexico’s cash target rate after having begun the year at half of it.

A little position squaring yesterday lifted the US dollar to almost CAD1.2120, but it has come back offered today and traded CAD1.2085 in the European morning. This week’s low so far is about CAD1.2055. Key technical support is seen at CAD1.20, while CAD1.2145 marks the upper end of the recent range.

The Mexican peso is rising for the fourth consecutive session, the longest rally in two months. The greenback finished last week near MXN19.96 and is testing MXN19.62 now, its lowest level in five months. The next area of chart support is seen near MXN19.50. The US dollar is also on its 2021 lows against the Brazilian real. It has not been below BRL5.0 since last June.