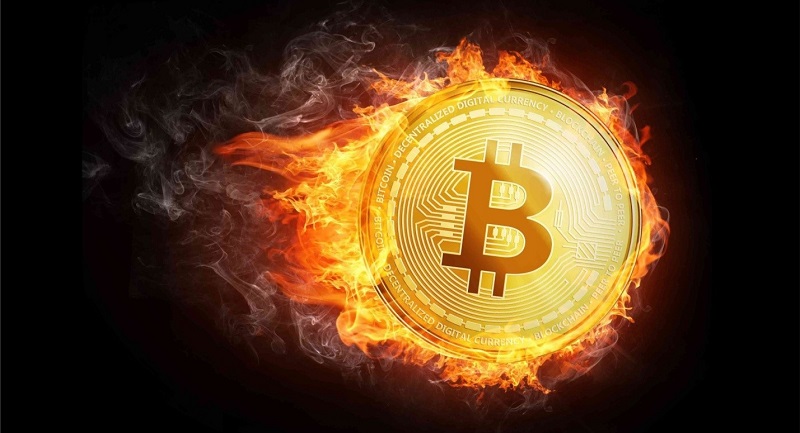 Over its ten years of existence, Bitcoin has managed to stay ahead of the pack, and while other cryptos offer various advantages in terms of technology, speed and usability, Bitcoin is still the most dominant crypto coin, accounting for more than 50% of the market. But why is Bitcoin still number 1? Here are three reasons to consider.

One of the main advantages Bitcoin had over its counterpart is the fact that it existed. It took about two years between the time the first Bitcoin was mined in 2009 until other cryptos emerged. By that time, Bitcoin has already being used by early adopters for payment and money transfer and had a real-world value of around $13 per 1 BTC.

There were already more than 8 million Bitcoins in circulation when the second cryptocurrency was launched, giving it a market cap of more than $100 million at the time. Naturally, back then Bitcoin accounted for much more of the market than its current 50%+, but even as more cryptocurrencies were constantly introduces, some gaining great popularity, such as Ethereum and XRP, to this day, no other crypto has been able to reach a market cap that is even half that of Bitcoin.

As Bitcoin grew in popularity and value, an increasing number of mainstream investors began to turn to it as a legitimate option. The currency’s extreme volatility, that often amounted to double-digit movements over a single day, made it an alluring option for those speculating to make short-term profits. Remaining in the spotlight, “Bitcoin” was almost synonymous with “cryptocurrency,” and was often mentioned when discussing the introduction of crypto into mainstream markets and regulatory issues.

Bitcoin also started being accepted as a legitimate form of payment. The first such transaction was made in 2010, when two pizzas were purchased for the price of 10,000 BTC. Today, numerous companies accept Bitcoin payments, ranging from travel companies such as Expedia to fast food chains such as KFC.

To this day, Bitcoin continues to be the yardstick by which all other cryptos are measured. Several high-profile, well-known investors, such as the Winklevoss Twins (made famous due to their role in creating Facebook), started petitioning to introduce Bitcoin into mainstream markets. The SEC began receiving applications for Bitcoin-based ETFs and several popular exchanges began offering Bitcoin futures to their clients. Moreover, in recent years, financial giants such as Goldman Sachs and Morgan Stanley began offering their clients several Bitcoin-related services further pushing the digital currency into the mainstream.

In 2012, the then-popular TV drama The Good Wife aired a Bitcoin-centric episode entitled “Bitcoin for Dummies.” This was one of several instances that began putting Bitcoin in popular consciousness. At first, Bitcoin was more infamous than famous, with the cryptocurrency being linked to black market deals, including the notorious Silk Road platform, whose users opted to use the coin due to its ability to keep both parties of a transaction anonymous.

However, Bitcoin’s image was later cleaned up and popularized, mainly due to its rapid price increase, reaching an all-time high of nearly $20,000 in late 2017. By then, everyone was talking about Bitcoin, both in financial media and pop culture, including hit shows such as The Big Bang Theory, which discussed the crypto in their stories. In pop culture, most of the references made were about Bitcoin, which kept its popularity steady – and well ahead of its altcoin counterparts.

Whether or not other cryptocurrencies ever reach the popularity or market cap of Bitcoin remains to be seen. However, with its enormous current market share of more than 50%, its constant referencing in popular culture, and ongoing efforts to introduce it into mainstream financial markets, Bitcoin is still the king of crypto – and it is hard to believe it will be dethroned anytime soon.