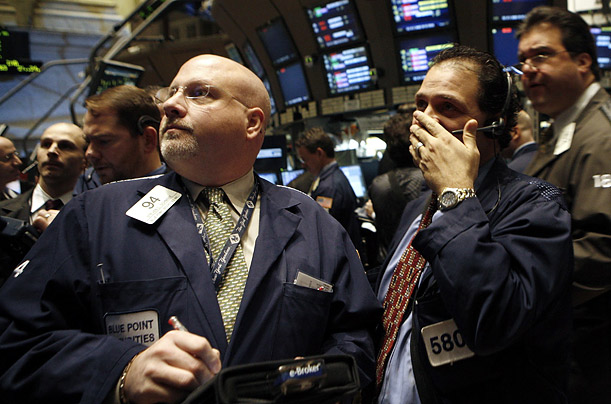 It has been a rough couple of days for equity investors as stock markets plummeted sharply in the recent days. As for the main catalyst for this rout, we can safely assume it was the rocketing US yields, along with the fears of a global economic slowdown.

According to the International Monetary Fund, global growth estimate has been lowered to 3.7% in 2018 and 2019, down from the 3.9% anticipated by the IMF in July. The group downgraded the outlook for almost all the major economies, citing the ongoing USA-China trade war as the main reason.

Moreover, luxury stocks were among the worst losers as the luxury company LVMH, owner of Louis Vuitton, Christian Dior and Dom Perignon warned of slowing demand for luxury goods in China. The price of LVMH crashed nearly 10% in Paris on Wednesday and dragged lower other stocks in this sector.

The same thing happened in the US on Wednesday as the company Trinseo became the second chemical manufacturer this earning season to downgrade the earnings outlook, when it warned of disappointing results because of pricier raw materials and slow sales in China. The stock dropped most on record and lost 18% after dropping 6% on Tuesday.

Additionally, the newly created communications sector, which contains some of the well-known FAANG stocks (Facebook, Apple, Amazon, Netflix and Google) hasn’t been met with much of an interest and FAANGs are dropping like a stone. On Wednesday, these stocks experienced the biggest decline since July and are down to their lowest since May. FAANGs are down 10% in the last 9 days.

To conclude, equity indices have been poised for a correction for some time. It would appear that sharply rising US yield curve, still hawkish Fed and higher oil prices are causing some repricing of future economic growth, which has become a very negative thing for stocks worldwide.

However, to sound a bit more optimistic, all the major US indices remain above their respective 200-day moving averages, meaning the long-term bullish trend is still intact for US benchmarks. These averages could be soon tested and that will be the crucial moment for equity investors as breaking below could cause a larger correction worldwide.

The upcoming week will be a significant one to the markets. The FOMC meeting minutes on Wednesday can shed light on the Fed’s rate hike projection and China’s Growth Domestic Product on Thursday can be a game changer.

Analysis and opinions provided herein are intended solely for informational and educational purposes and don’t represent a recommendation or an investment advice by TeleTrade. Indiscriminate reliance on illustrative or informational materials may lead to losses.