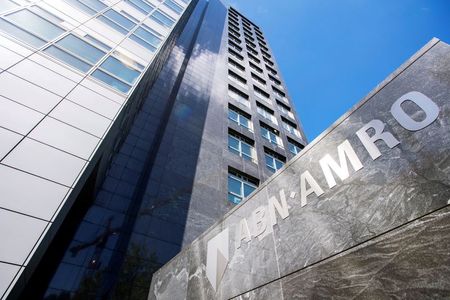 ABN Amro last month agreed to pay 480 million euros to Dutch prosecutors to settle a criminal investigation into its lax oversight of money laundering going on through its accounts.

The lender improved its market share of new mortgages amid the ongoing boom on the Dutch housing market, while economic recovery also meant it could release 77 million euros from its earlier provisions for bad loans.

Interest income, however, fell 11% to 1.36 billion euros due to low rates and the wind-down of the corporate loan portfolio following last year’s decision to end all trade and commodity financing after a series of losses.

Meanwhile the largely state-owned bank’s expenses rose, even when excluding the fine, as it was forced to take on extra staff to beef up its anti-money laundering controls.

ABN last year almost doubled its staff dedicated to spotting suspicious transactions to almost 4,000, increasing employment at the bank for the first time after years of job cuts.

This increase was only partly offset by cost saving programmes, the bank said.

Net loss in January-March period was roughly in line with analysts’ average expectations in a company-compiled poll. The lender had reported a loss of 395 million euros a year ago during the coronavirus outbreak.