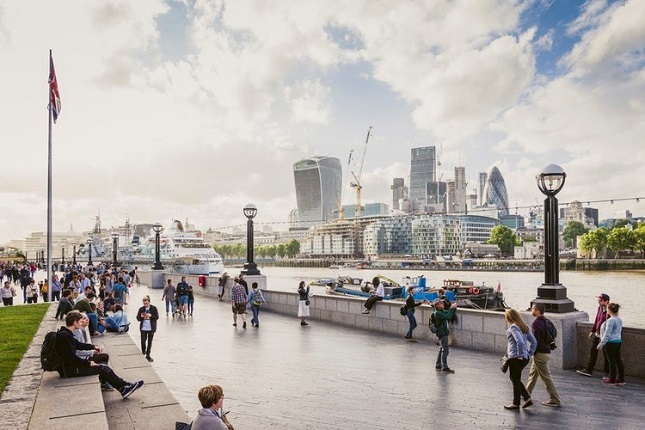 With a growth rate of only 0.1%, the U.K. economy post Brexit faces headwinds challenging to overcome with a high-interest rate. Hence, chances for the Bank of England to raise rates at this meeting dropped significantly.

The March 2018 vote took many by surprise. Two members favored an increase in the interest rate level, from the current 0.5%.

It took everyone by surprise, and the GBP/USD was one of the pairs that gained the most, printing well above the 1.43 level. However, bulls ignored technical analysis pointing to significant resistance ahead.

The pair evolved in a bullish channel from the 2016 flash crash, and many hoped it’ll entirely reverse the Brexit move.

However, the daily chart tells a bearish story, with the recent move higher forming a double top against the upper side of the rising channel.

If anything, that wasn’t a place to be long anymore, and it coincided with the weak GDP announcement.

Now that the ascending channel is broken, the only question that makes sense is where the drop stalls and what can the Bank of England do?

Bank of England targets inflation around the 2% level. Like any modern central bank, it raises and cuts the rates with the rise or fall in inflationary pressures.

Yet, the U.K’s inflation already sits at 2.5%, above Bank of England’s target. However, the GDP shows little or no economic growth.

It makes this Thursday’s decision very difficult. While traders don’t focus on the bank rate as the outcome is priced in, they’ll look for changes in the vote.

If any of the two votes for a rate increase will disappear, the GBP is poised to make another leg lower.

One of the weakest currencies on the Forex dashboard lately, the Euro seems to form a bullish flag against the GBP. The cross traded recently in tight ranges, creating a slightly descending channel typical for bullish flag formations.

If that’s the case, a break of the upper side of the channel will end a consolidation that lasted for more than six months and will animate the other GBP pairs too.

The risk here is that such a break will trigger a move beyond 0.93 as the measured move points to new highs.

This week’s Super-Thursday has the potential to impact all GBP charts.

With inflation already above the target, Bank of England faces a tough call: raise the rates when growth is close to zero or stay put and watch inflation rising.

Either way, the economy is too fragile to permit complacency.