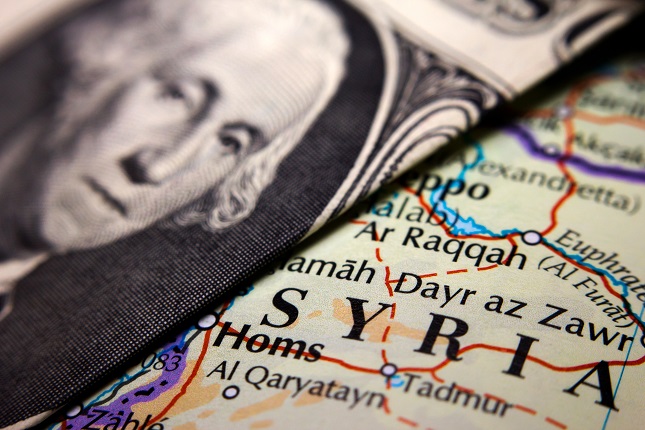 Focusing on Asian closing, it has been noticed that most of the major Asian markets are dropping, oil prices fall as well as China’s stocks, while the safe-heavens Yen and gold picked-up some strength.

The US and its allies, UK and France, fired more than 100 missiles at Syria on Friday. This event may have a considerable effect on the market.

On Sunday, 15th of April, the President of the Russian Federation, Vladimir Putin, announced that any further strikes on Syria would further destabilize the global talks. Simultaneously, Washington considers increasing pressure on Russia with new economic sanctions. Hence this situation could be characterized as “the worst had been avoided” having in mind that the US President, Donald Trump, tweeted “mission accomplished”.

Analysts at JPMorgan said that “Trump was able to enforce his chemical weapons red line without crossing the threshold for Russian retaliation.”

The UN Secretary-General, António Guterres, seems to have taken a neutral position and stated: “I urge all member states to show restraint in these dangerous circumstances and to avoid any acts that could escalate the situation and worsen the suffering of the Syrian people.”

According to the United States Ambassador to the United Nations, Nikki Halley, the Treasury Secretary Steven Mnuchin will be unveiling further sanctions against Russian, targeting companies dealing with equipment related to chemical weapons use. Moreover, the Israeli spokesman affirmed that “Last year, President Trump made clear that the use of chemical weapons crosses a red line. Tonight, under American leadership, the United States, France and the United Kingdom enforced that line.”

Putin was assertive and pointed out that the attack had a “destructive influence on the entire system of international relations”. In addition, Ayatollah Ali Khamenei, Iran’s supreme leader, described the US-led strikes on Syria as a “military crime”. Iraq is opposing to the airstrikes too. The official statement of the Iraqi Foreign Ministry asserts that “Such action could have dangerous consequences, threatening the security and stability of the region and giving terrorism another opportunity to expand after it was ousted from Iraq and forced into Syria to retreat to a large extent.” The Chinese Foreign Ministry defined any military action that bypasses the UN Security Council as a violation of international law.

There is no doubt that the climate is batwing the countries which are indirectly or directly involved in this matter. Moreover, this situation may create unbalance in the market. The US and its allies might be considered as creators of gaps on the charts.

The consequences of this action may cause geopolitical instability involving many countries. That is to say; the US seems to be against Russia, as well as, Iran, the allies of the Syrian president, Bashar al-Assad. It should be taken into consideration that both, US and Russia, have a military presence in Syria.

Markets are focused on whether Russia will or not respond vocally and provocatively. Nevertheless, until now it seems that the markets have already analyzed the information and moved on. Additionally, this week have been scheduled many speeches from the FED.

Based on the Ichimoku system, the EURUSD seems to be in a consolidation. The lines Tekan Sen, Kijun Sen and Chikou Span, seem to be in range formation too. Due to the recent geopolitical turbulence in the Middle East, it could be noticed that traders seem to hold back and wait for the aftermath of those events. From a technical analysis point of view, if the price and the lines are out of the cloud, then traders could consider looking for signals.