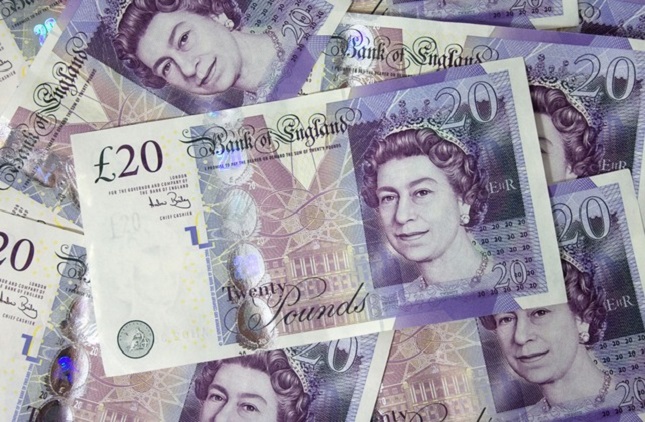 The British pound is trading slightly higher today as analysts are divided on the direction of the British currency as we approach the triggering of article 50, the time when Britain begins proceedings to leave the European Union.

British Prime Minister Theresa May has promised the citizens of the UK that article 50 will be invoked no later than March 31st.

So where does the pound go from here?

Analysts from Bank of America, predict there will be a major sell off in the pound in the run up to the end of March when the UK breaks ties with the EU, driving the currency as low as $1.1500 as jitters take over the markets and investors park there money safer currencies such as the US dollar and Swiss Franc.

After the dust has settled and we move into April, the BOA predicts there will be a stunning reversal in the pound as the British government cements favorable trade deals with the EU and money starts pouring into the UK and business carries on again as usual

“We expect one final dip in GBP as Article 50 is formally triggered and as the EU formally responds and sets out its negotiating position. We think the crystallization of risks and the start of the countdown to Brexit may prove to be the low in GBP and the opportunity to enter GBP longs,” noted analysts from Bank of America

“We have no doubt that many political hurdles lay ahead for GBP in the years ahead, but we doubt that the markets will be in a perpetual state of panic over every Brexit-related headline,” they added.

Not all analysts are taking the same view including the team from Deutsche Bank, who have advised clients to “stay short the pound”. Citing that “while early clarity on a transitional arrangement between the UK and EU” would be a “key stabiliser for the pound”,such a deal “seems unlikely”.

“There are no fallback options for hard Brexit, negotiating multiple free trade deals in parallel with EU talks over a two-year time frame is neither realistic nor good policy.” They added.

Analysts from Credit Agricole also remain bearish on the pound and believe a rate hike from the Bank of England, which some are starting to predict wont eventuate,  and this will be another factor which will curb any gains in the pound.

“With Brexit-related uncertainty unlikely to fall with actual exit negotiations from the EU drawing closer and as the Bank of England is unlikely to make a case of higher rate expectations anytime soon, we believe GBP downside remains at risk,” they said.

The review was prepared by FIBO Group analyst Andrew Masters.

Andrew Masters is an analyst from FIBO Group forex brokers who has more than 15 years’ experience trading forex and different financial markets. He specializes in Fundamental analysis which is targeted towards commodities such as gold and oil while also focusing on commodity currencies such as the Australian and Canadian dollars. View all posts by Andrew Masters