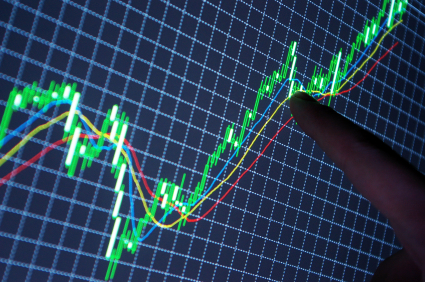 The major Asia/Pacific stock indexes are trading higher on Friday as investors continue to monitor U.S.-Mexico trade negotiations and ahead of the U.S. Non-Farm Payrolls report due out at 12:30 GMT. Traders also continued to assess this week’s comments from Fed Chair Jerome Powell on Tuesday, which ignited a stock market rally, and remarks by European Central Bank President Mario Draghi, which helped drive European and U.S. markets higher on Thursday.

On Tuesday, U.S. Federal Reserve Chairman Jerome Powell is getting credit for starting this week’s U.S. stock market rally after saying the central bank will “act as appropriate to sustain the expansion.” This was a strong hint that it would be discussing a potential rate cut at the June 18-19 Federal Open Market Committee meeting.

On Thursday, European Central Bank President Mario Draghi said the central bank would delay its first post-crisis rate hike till at least the middle of 2020. Stock market investors read the news as dovish, providing an additional boost to the Powell-driven rally.

The U.S. markets settled higher on Thursday when there was still a sliver of hope that the U.S. and Mexico would reach a deal on immigration enforcement to avert President Donald Trump’s threatened tariffs on Mexican imports.

However, early Friday, it appears that window of opportunity is quickly closing. The news doesn’t appear to be bothering U.S. stock speculators, who are driving futures markets higher.

Late Thursday, White House press secretary Sarah Sanders said that the U.S. “position has not change, and we are still moving forward with tariffs at this time.”

Vice President Mike Pence followed up by saying, “The President announced 5% tariffs would be imposed on Monday on all goods coming from Mexico. That’s the policy of the United States. The President said what he means and he means what he says.”

This week’s stock market performance, in the wake of the on-going trade dispute between the United States and China, and the new tariffs on Mexico, clearly shows that investors are counting on the Fed and to a lesser-extent, the European Central Bank to cut rates or provide additional stimulus measures sooner than previously thought.