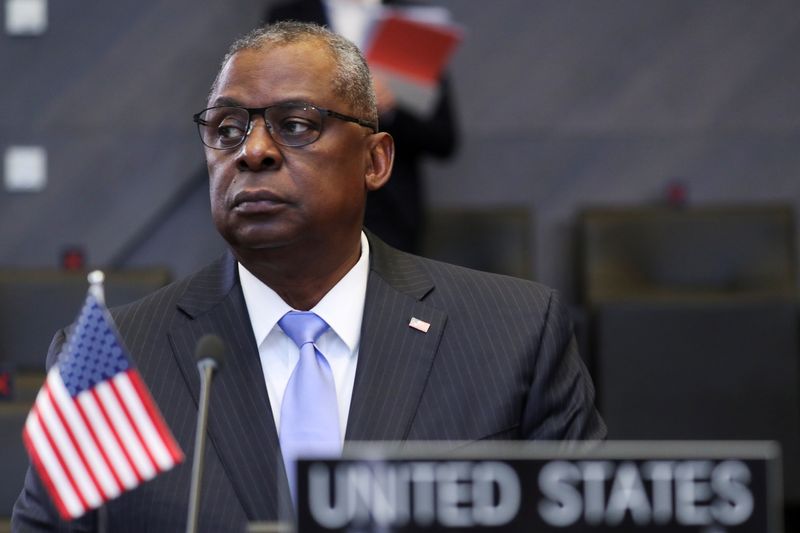 WASHINGTON (Reuters) – Ukrainian Defense Minister Oleksii Reznikov called for global unity to prevent a new Russian “escalation” against Ukraine during a visit to the Pentagon on Thursday, as Kiev and Washington warn of what they say is unusual Russian military activity.

The U.S. military has so far stopped short of describing Russia’s buildup as a preparation for attack. On Wednesday, U.S. Defense Secretary Lloyd Austin conceded that “we’re not sure exactly what Mr. Putin is up to.”

Reznikov met Austin at the Pentagon and cautioned about the consequences of any Russian military moves.

“This possible escalation will certainly have catastrophic consequences for the whole of Europe,” Reznikov said, according to a Pentagon transcript of a portion of his remarks.

“Whether it will take place depends to a large extent on the unity and determination of the civilized world to stop the aggression.”

Austin, who was a four-star Army general when Russia annexed Crimea from Ukraine in 2014, told Reznikov the Pentagon was closely monitoring Russian movements on Ukraine’s borders.

“And we made clear our concerns about Russia’s destabilizing activities and our desire for more transparency,” Austin told him, according to the Pentagon transcript.

Moscow has dismissed such rhetoric as inflammatory and complained https://www.reuters.com/world/europe/putin-says-west-not-taking-russias-warnings-red-lines-seriously-enough-2021-11-18 about increasing activity in the region by NATO.

Russian President Vladimir Putin said on Thursday that the West was taking Russia’s warnings not to cross its “red lines” too lightly and that Moscow needed serious security guarantees from the West.

The Kremlin said in September that NATO would overstep a Russian red line if it expanded its military infrastructure in Ukraine, and Moscow has since accused Ukraine and NATO of destabilizing behavior, including in the Black Sea.

“We’re constantly voicing our concerns about this, talking about red lines, but we understand our partners – how shall I put it mildly – have a very superficial attitude to all our warnings and talk of red lines,” Putin said.

Despite a growing list of disputes, the Kremlin has maintained high-level contacts with Washington and spoken repeatedly of a possible summit between Putin and U.S. President Joe Biden to follow up their initial meeting in Geneva in June, which Putin said had opened up room for an improvement in ties.