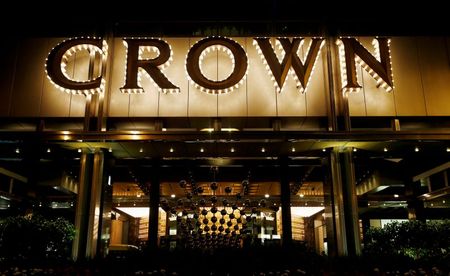 Steve McCann told a Victoria state inquiry “many things” concerned him before starting last month at the company, where a regulator had found links with organised crime and inappropriate control of the board from billionaire shareholder James Packer.

The regulator, in the state of New South Wales, found Crown unsuitable for a gambling licence at a just-opened, A$2.2 billion ($1.67 billion) resort in Sydney. That prompted numerous top-level departures – including of McCann’s predecessor – and triggered inquiries in Victoria and Western Australia states where Crown operates its two casinos.

“There is a very significant population of Crown who are crying out for the ability to speak up, the ability to be involved, the ability to restore the pride in the organisation that they used to feel but is currently challenged because their family and friends are struggling with what’s going on,” McCann, formerly CEO at property giant LendLease Group, said at the Victoria inquiry.

“There are a lot of people who are concerned about their future. If they feel uncomfortable, they should speak up. I’m not asking them to do something that’s inconsistent with their values,” he said, in his first public remarks since joining the company.

In February, the New South Wales regulator said Crown needed sweeping change to its board and culture to be suitable for a Sydney gambling licence. That followed a year of hearings which aired claims of money laundering, governance failure and indifference to the safety of 19 staff jailed in China in 2016 for breaking that country’s anti-gambling law.

At the Victoria inquiry on Tuesday, McCann, who is yet to receive regulatory clearance to run a casino, acknowledged he was not told about underpayment of hundreds of millions of dollars of gambling tax until six days into the CEO role, but rejected suggestions the delay indicated poor governance.

“I didn’t find it surprising or concerning because the organisation had been under the impression that it had disclosed what it thought it needed to disclose,” he said.

“It was obviously disappointing now that I know what I know, but there was lot of activity around trying to disclose everything.”