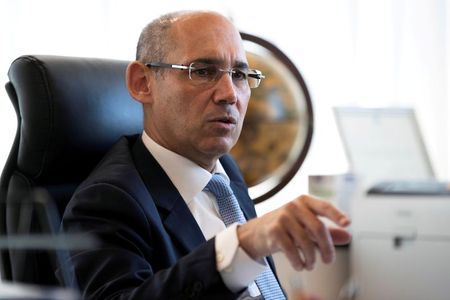 All 17 economists polled by Reuters believe the monetary policy committee (MPC) will keep the benchmark rate at an all-time low of 0.1% when the decision is announced on Monday at 4 p.m. (1300 GMT).

The next policy move is widely expected to be a rate increase but not until at least 2022, with some projecting 2023.

“No change in monetary policy is expected, but a very optimistic tone is certainly expected by the Bank of Israel, given the sharp decline in morbidity and the full opening of the economy,” said Leader Capital Markets chief economist Jonathan Katz.

With 55% of adults fully vaccinated, the number of active COVID cases has dropped to below 400 in Israel, prompting a near fully opening of the economy and the jobless rate has fallen to 7.9%.

Economists forecast economic growth of 4-6% in 2021 after it shrank 2.6% in 2020. In the first quarter, the economy contracted an annualised 6.5% from the prior quarter.

Israel’s inflation rate reached 0.8% in April after turning positive in March for the first time in a year. Based on bond yields, the rate is expected to reach 1.7% in a year’s time — near the middle of the government’s 1-3% annual target.

Bank of Israel Governor Amir Yaron told Reuters this month interest rate increases are some way off given inflation is expected to stay well contained. He said it was still too early to determine how much of the gain stems from bottlenecks in the economy and adjustments in supply and demand.

At the prior meeting on April 19, five of the central bank’s six policymakers voted to hold the key rate.

Since the pandemic began, the central bank has lowered its key rate once – from 0.25% in April 2020. It has relied instead on buying government and corporate bonds and offering cut-rate loans to banks to encourage lending to small businesses.

It has also bought nearly $20 billion of foreign currency in the first four months of this year to help stem the shekel’s gains.