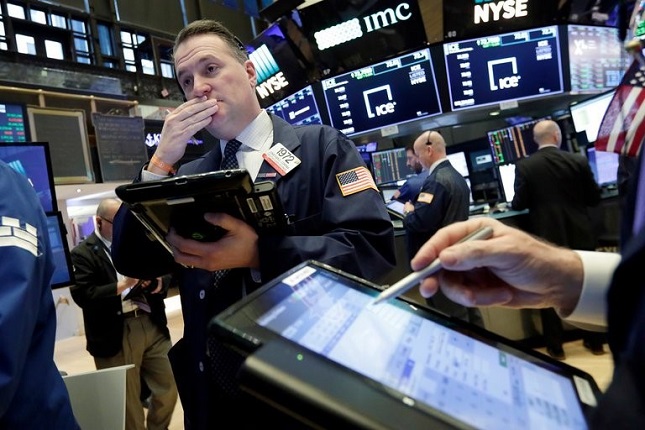 The major U.S. equity markets lost ground last week with the broad-based S&P 500 Index dropping more than 1% for the first time in two months. The Dow Jones Industrial Average outperformed the other major indexes, but still lost 0.2% last week. The biggest loser was the technology-heavy NASDAQ Index, which logged its worst week in nearly six months.

Although the government reported robust jobs data with the economy adding more than 200,000 jobs and wages rising 0.4% in August or 2.9% annually, the good news failed to generate enough upside momentum to overcome the downward pressure created by escalating trade concerns.

The failure by investors to drive stocks higher on Friday strongly suggests that uncertain trade negotiations are the headline risk at this time. The employment data shows that wages are rising at the fastest clip in nearly a decade. This should put more money in consumers’ pockets, which should help the economy grow at a faster clip.

However, it also means that with unemployment reaching nearly a 50-year low at 3.9%, fewer available workers are available to add. Furthermore, rising wages, combined with the 18-year high in consumer confidence, suggests inflation will continue to firm.

This should prompt the Fed to continue to tighten at perhaps a faster pace. Since lower rates provided the energy to drive stocks higher over the past 10-years, tighter Fed policy could slow down stock market gains.

Essentially, last week’s price action suggests a looming battle between optimism and fear. These are the ingredients for heightened volatility. Rising rates, domestic political uncertainty, lingering geopolitical risks and upcoming midterm elections may cause investors to step back a little and reassess the current financial market environment. Although it’s too early to predict a top in the market, we can say that there are signs that we could be in the later stages of the bull market cycle.

Technology stocks have led the major indexes higher this year, and they could fuel any substantial near-term correction. Some analysts are saying that last week’s sharp sell-off in the chipmaker sector was the “canary in the coalmine”. However, further weakness in social media stocks and the “Trillion-Dollar Twins” – Apple and Amazon, could be the major catalysts driving the price action this week.