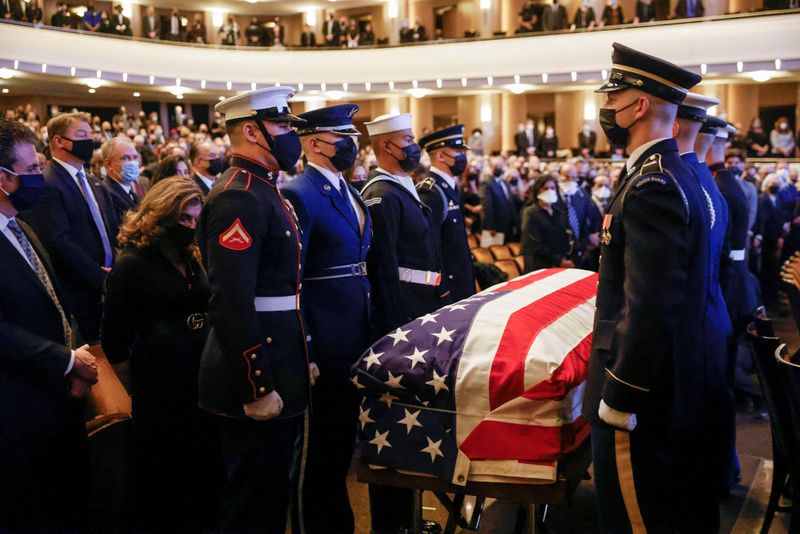 Reid helped secure congressional passage of Obama’s signature healthcare law in 2010 over sharp opposition from Republicans, and the former president said he could not have asked for a better friend.

“Without Harry, there would be no Affordable Care Act,” Obama said in his eulogy. “Harry refused to give up.”

Obama said Reid had gently pointed out that he knew the Senate when Obama would question changes or deals he made to get the bill passed.

“Pragmatism, practicality, a premium on getting things done, a lack of pretension and an abiding loyalty. That’s what Harry Reid represented,” said Obama.

Obama, Biden, Pelosi and others described Reid’s penchant for cutting conversations short and hanging up the phone without saying goodbye. “Every time I hear a dial tone, I think of Harry,” Biden quipped.

Biden, who served in the Senate for some 36 years, said Reid was one of the best majority leaders in history.

“For Harry, it wasn’t about power. It was about the sake of power, the power to be able to use power to do right by people,” he said.

The president described Reid as a plainspoken, honorable, decent, brave and unyielding man.