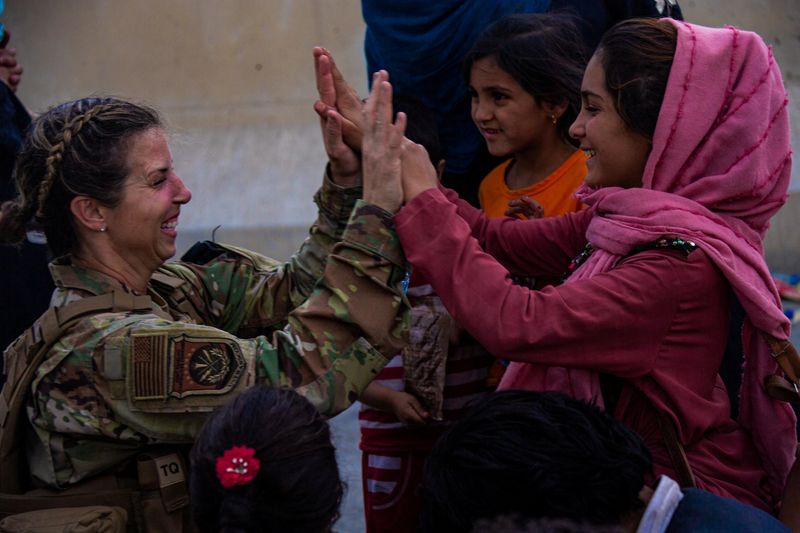 WASHINGTON (Reuters) – The Biden administration will grant temporary deportation relief and work permits to Afghans without permanent legal status but who are currently in the U.S., a move that could aid those evacuated after last year’s U.S. withdrawal from Afghanistan.

The grant of so-called Temporary Protected Status (TPS) will be available to 72,500 Afghans who entered on what is known as “humanitarian parole,” another temporary status, as part of the U.S. evacuation of at-risk Afghans last summer, the U.S. Department of Homeland Security (DHS) said on Wednesday.

The TPS designation would also cover about 2,000 Afghans who entered the United States on student, employment and tourist visas and can no longer return to their home country following the Taliban takeover in August.

The designation will be available to those living in the United States by March 15 and last for 18 months, the DHS said, although the status could be renewed.

The Islamist Taliban overran Afghanistan in August as the former Western-backed government collapsed with surprising speed and the last U.S. troops withdrew after 20 years of war.

U.S. President Joe Biden, a Democrat, has greatly expanded the number of immigrants eligible for humanitarian protection under TPS, reversing the restrictive approach of his Republican predecessor, Donald Trump.

The program allows foreign nationals who cannot return to their home countries due to violent conflict, natural disasters or other extraordinary circumstances the ability to stay and work in the United States legally for a defined period of time.

Homeland Security Secretary Alejandro Mayorkas said in a related announcement that the status would protect Afghans from having to return to dangerous conditions and aid “trusted partners and vulnerable Afghans who supported the U.S. military, diplomatic, and humanitarian missions in Afghanistan over the last 20 years.”

About 80,000 Afghans have been resettled in the United States as part of “Operation Allies Welcome,” the largest effort of its kind since the Vietnam War era.

Certain evacuees who entered the United States through humanitarian parole may be eligible for U.S. government cash and medical benefits, making them less likely to use the TPS program in the near-term.

Afghans who entered on parole can apply for asylum in the United States, but the Biden administration has urged Congress to pass legislation that would offer them a more direct path to citizenship.