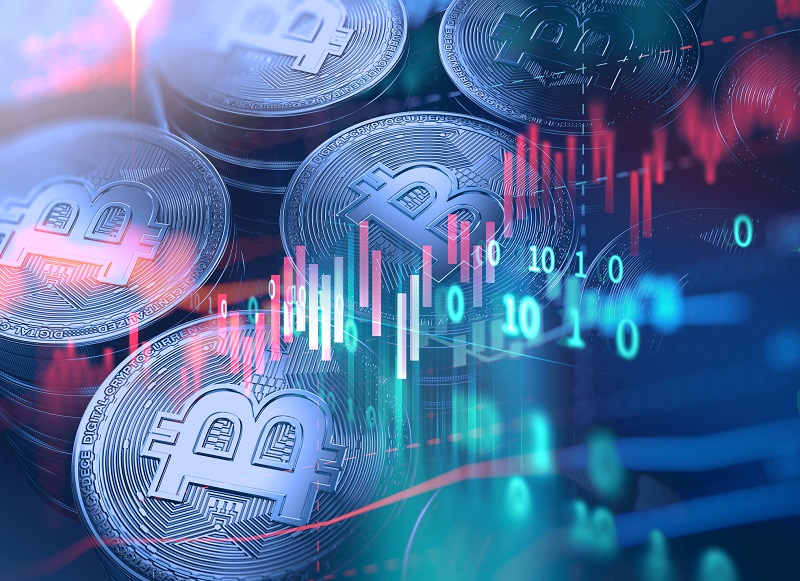 In late June, a major news item buzzed throughout the crypto world: the CBOE had filed an application with the SEC to open the world’s first Bitcoin Exchange Traded Fund (ETF). Largely enthusiastic comments began pouring into the SEC website, with many focusing both on the potential benefits of a Bitcoin ETF as well as the importance of adapting to a constantly evolving marketplace.

While the SEC announced they will be postponing their decision until the end of September, I am very optimistic that the application will be accepted, especially given the agency’s earlier announcement that Bitcoin and ETFs are not securities, as well as its decision to ease rules surrounding low-risk ETFs. Like many in the cryptocurrency sector, I am very excited by the potential of Bitcoin ETFs on the horizon, as I truly believe it will be a game changer for the cryptocurrency space. Here are three reasons why.

To understand how Bitcoin’s price could rise following the launch of a Bitcoin ETF, it’s helpful to look at the launch of a gold ETF as an example. In 2003, the price of gold dramatically increased following the launch of an ETF. “Since its launch, retail access to gold has skyrocketed as new investors more easily turn to the gold market as a portfolio diversifier and as a foundational asset…Today, the SDPR GoldShares ETF is one of the biggest ETFs in the market with over $35 billion under management,” JPMorgan said.

Given the massive growth trajectory following the launch gold ETFs, many crypto enthusiasts, including myself, believe that the same positive correlation could exist between Bitcoin prices and the launch of Bitcoin ETFs. In fact, JPMorgan has referred to a Bitcoin-based ETF as the “holy grail” for investors.

Furthermore, I believe that a Bitcoin ETF launch could drive a massive increase of institutional money to the crypto market. Between Goldman Sachs announcing the launch of its bitcoin trading platform, to JPMorgan launching a patent for blockchain-powered payments, we have already seen increased institutional adoption in the crypto space this year. However, I believe that a launch of a Bitcoin ETF would be precisely the initiative to catapult Bitcoin’s price — and the cryptocurrency space as a whole — to the next level.

Bitcoin and Other Cryptocurrencies Could Become Much More Accessible

Let’s face it: the ever-changing world of cryptocurrency is complicated even for those of us who work in the crypto space. For newcomers to the sector, it can be downright daunting. To buy and sell cryptocurrency now, investors need to deal with cryptocurrency exchanges, as well crypto wallets, both of which can be complex and confusing, and if chosen unwisely, can lead to security risks. In addition to all of this, investors face concerns regarding lack of insurance protection and crypto custodianship in the space.

“By some estimates, there is $10 billion of institutional money waiting on the sidelines to invest in digital currency today,” Co-Founder and CEO at Coinbase Brian Armstrong said in a blog post last year. The primary item that he claimed was preventing institutional investors from getting involved was “the existence of a digital asset custodian that they can trust to store client funds securely,” before introducing the launch of Coinbase Custody.

Indeed, I believe that all of these issues are currently serving as limitations that are preventing Bitcoin from reaching its fullest potential. The CBOE’s VanEck SolidX Bitcoin ETF application, however, addresses all of these pain points. SolidX would handle custody by using a cold-storage solution, meaning that all funds would be kept securely offline. Furthermore, the Bitcoin ETF would provide a robust insurance policy that would “carry initial limits of $25 million in primary coverage and $100 million in excess coverage, with the ability to increase coverage depending on the value of the bitcoins held by the Trust.”

For all of these reasons, I believe CBOE’S Bitcoin ETF application is strong and, if accepted, would bring peace of mind to a wide variety of institutional investors who have been interested in —but until now stayed away from — the crypto space.

In today’s financial landscape, a diversified portfolio is more desirable than ever, as it provides a hedge against risk and boosts the potential for a larger ROI. One crucial component of portfolio diversification includes investing in a variety of assets that are not correlated with one another. Bitcoin has already demonstrated that maintains low correlation with every other asset, making it a strong candidate for a diversified portfolio. And, a Bitcoin ETF could create a new investable asset class that could drive a wide range of institutional participants.

For now, all we can do is wait until the SEC makes their decision in late September.

If you’re interested in learning more about why cryptocurrency is the peoples’ currency, please upvote my panel in the SXSW PanelPicker and leave a comment about why this topic interests you. Check out Bitcoin IRA’s other SXSW panel about building the right compliance department here. Voting ends on Thursday, August 30 (9:59 PM PT) so make sure to get your votes in before then.