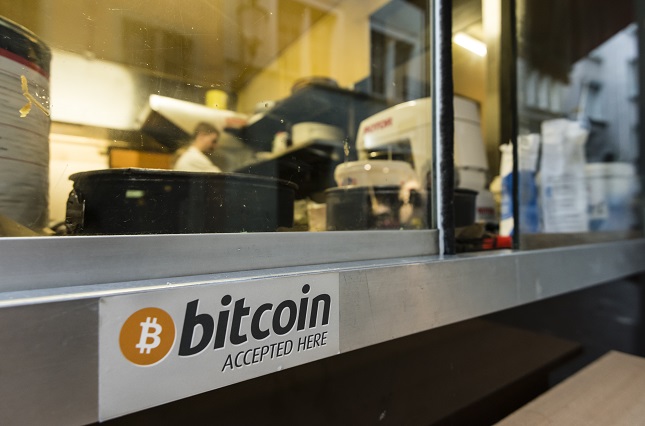 The crackdown on cryptocurrencies has begun. From Facebook and Twitter to Google – advertising Bitcoin and cryptocurrencies have been banned! Just days ago, Google decided to also ban and remove all crypto mining extensions for their browser Chrome, writes Coindesk.com.

The rumor mills are as always running at full speed in forums and everyone has their own conspiracy theory for why these social media giants and now Google have decided to pull the plug on these types of advertisements. If you want the real reason which led to the ban, you have to first understand the big bad world of scammers. In this article, we will shed light on the issues that led to Google’s decision and why this could actually turn out to be a good thing for cryptocurrency investors and the community of traders!

One of the biggest issues with “free advertising” is that anyone can push anything they wish to fulfill their own agenda. In today’s world where Facebook was forced to create ‘fact checkers” due to being accused of promoting fake news that may have affected the outcome of the previous U.S election, you can be sure that misleading ads are also being pushed by financial crooks.

Speaking of fake news and misleading advertisement, cryptocurrency robot scams are the most common among Bitcoin Trading Scams. Such services always guarantee easy money with cryptocurrencies and the Google AdSense has been plagued with endless numbers of fraudulent cryptocurrency trading ads. These scams are in the majority of cases not even actual cryptocurrency trading software but offer CFD’s trading with an unregulated broker. The scam robots often use popular and catchy names such as the Bitcoin Robot, Bitcoin Bonanza, Bitcoin Millionaire or Bitcoin Code as reported by ThatSucks.com.. Who is behind these robots is never known. It could be an unlicensed broker or a rogue affiliate who runs many types of different financial scams on the internet. Since it is fairly easy for scammers to set up robot scams, thanks to white-label robot services, they constantly re-brand and create new robots. This happens so often that massive numbers of traffic are being directed to scams instead of trusted services.

What would you do about millions of “easy money ads”? Ads which all have one thing in common; they offer extreme wealth with zero risk and no prior knowledge and target newbie investors. This has to stop of course and the easiest way is to ban the cryptocurrency investment ads altogether! I say again, most of the ads are directing traffic to bucket shops where investors lose a lot of money. Therefore, a ban can save investors from getting ripped off. Instead of getting lured in by an ad, people interested in trading and learning about Bitcoin and other altcoins will have to seek information first. With the scam ads removed, there is a bigger chance that new investors end up finding well-established and prominent cryptocurrency websites and trading-related forums with valuable and honest education and offers. This seems like a positive step forward.

In a cryptocurrency market that is heavily driven by FOMO – Fear Of Missing Out, many investors make instant and very costly financial decisions. One of which is investing in ICO’s, Initial Coin Offerings. Today, there are services that allow you to create and run your own ICO within minutes! This is both amazing and scary at the same time. It is amazing from a technical perspective but scary that anyone can set up an ICO with no actual value and then run away with the investor’s funds. Now let’s also add to this, the well-known fact that ICO’s can raise 10’s of millions within hours of launching, it should be a no-brainer that it certainly has and will keep attracting scammers. Restricting ICO ads could restrict scammers from attracting beginners by spamming ads on social media and other platforms using AdSense. As a result, it could leave more room for professional and original ICO’s to dominate the market for new tokens and innovations.

Mining Scams – Is Your PC Infected?

Another big step taken by Google to protect the average surfers was to ban and remove all mining extensions for their browser Google Chrome. The reason for this move is “Cryptojacking” which is a process where a malicious extension runs in the background, using the surfer’s CPU to mine one or various coins for the issuer of the extension without the user’s consent, as it was reported at news.bitcoin.com. There is a debate of whether this really is profitable for the crypto jackers or not. Regardless, if something steals your power and slows down your PC it is called a virus and who wouldn’t want to get rid of it? I for one don’t want a slower computer and a higher electricity bill so I’m glad Google is taking actions.

In June 2018, Google will restrict their policies for advertising financial services.

advertisers offering Contracts for Difference, rolling spot forex, and financial spread betting will be required to be certified by Google before they can advertise through AdWords. Certification is only available in certain countries” – Google Adwords Policy

Well, turns out it’s not all bad news. On the contrary, this is a big plus! Advertisers will be offered to apply for certification. For example, exchanges and brokers who wish to offer cryptocurrencies must obtain a license from a financial regulator in the country/countries they are targeting before they can run ads. In addition, they must ensure that they comply with all the Adwords policies. The process for requesting certifications already started in March 2018. This should give regulated services enough time to apply for a certificate.

As you can see, this is not a war against the blockchain industry. Cryptocurrency and trading-related ads will not be totally banned but rather just restricted. With fake ads not being able to spam the web, there is hope that regulated and licensed financial services will have an advantage over the scammers.

Not a Fight against Cryptocurrencies

After going through the facts, it is obvious that there are problems in the world of cryptocurrencies. It’s all still in the beginning stage and with new technology and new investment opportunities, new types of scams also follow. Something needed to be done. At first sight, anyone who doesn’t know about all the scams in this industry might think that this is yet another blow by the “big boys”, the bankers, the governments and the social media giants because “they are scared of blockchain technology and wish to stop it”. As I mentioned earlier, there are many rumors like that and many pessimists are angered by the recent policies. However, reflecting on the problems we discussed in this article, it is not too hard to accept the steps taken by Google and other platforms. Remember that this is not a total ban and blockade against cryptocurrencies. Because reliable and licensed services will still remain in business with certified ads.

The next time you see an ad after the new policies kick in, another banner with a catchy name tempting you to click on it to earn money with Bitcoin, Forex trading or any other financial business, you can be sure that the people behind it are licensed and regulated and the ad is certified by Google. You can also view this as a step that encourages more and serious investors into the market – people who used to be reluctant towards investing due to all the scams. In conclusion, knowing the market is regulated and monitored can only benefit the future of cryptocurrency and trading industry.