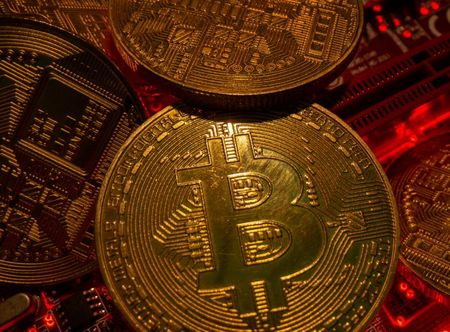 In a notice dated Friday, the Financial Conduct Authority (FCA) said Binance could not conduct any regulated activity in Britain and warned consumers about the platform, which is coming under growing scrutiny globally.

Bitcoin fell 1.8% to $34,085. It has fallen about 18% in the last 13 days, its losses sparked by China tightening curbs on the cryptocurrency sector.

The FCA’s move came as regulators across the world bolster oversight of the crypto sector. Their concerns include its potential for use in money laundering and other illegal activities, as well as risks to consumers.

Binance, one of the world’s biggest crypto exchanges, last month withdrew an application to register with the FCA, which oversees anti-money laundering rules, a spokesperson at the watchdog said. He declined to say why.

A Binance spokesperson declined to comment on its interactions with the FCA. He said Binance works closely with regulators and law enforcement “to further the security and sustainability in the industry while providing the best services and protection to our users”.

Binance has been targeted by regulators across the world in recent months.

“The FCA is aligning with other major regulators, notably in the U.S. and Asia,” said Alpay Soytürk, compliance head at Spectrum Markets, a securitised derivatives trading venue.