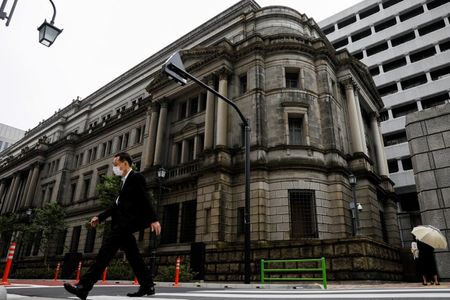 The BOJ also maintained its massive monetary stimulus to support the country’s economic recovery and extended a deadline for asset-buying and loan programmes introduced last year to channel funds to pandemic-hit firms.

Japan’s central bank said it expects to launch the climate change scheme by the end of this year, and will release a preliminary outline of its plan at its next policy-setting meeting in July.

“Climate change issues could exert an extremely large impact on economic activity, prices and financial conditions from a medium- to long-term perspective,” the BOJ said in a statement.

“Supporting private sector efforts from a central bank’s standpoint will contribute to stabilising the economy in the long run,” it said.

Under the scheme, the central bank said it will provide funds to financial institutions that increase loans and investment for activities aimed at combatting climate change.

While details of the new scheme have yet to be announced, the BOJ said it will be modelled after a similar programme that offers cheap loans to financial institutions that boost lending in areas considered to be growth industries.

After the two-day meeting, the BOJ also kept its target for short-term interest rates at -0.1% and for long-term yields around 0%, as widely expected, and extended by six months the September deadline for its asset-buying and loan programmes.

Japan’s economy shrank an annualised 3.9% in the first quarter and is seen making only a modest rebound, if any, in the current quarter as anti-virus measures weigh on consumption.

Core consumer prices in May rose 0.1% from a year earlier, marking the first year-on-year increase since March 2020 but remaining far distant from the BOJ’s 2% goal.

“The BOJ is also jumping on the band-wagon of the rising tide among central banks towards linking monetary policy to climate change,” she said.