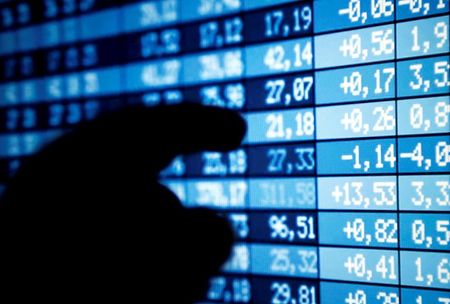 A Chinese state media outlet branding online games “spiritual opium” was enough to send Tencent’s shares tumbling as much as 10% in Asia, wiping $60 billion off its value hot on the heels of its worst month in nearly a decade.

The firm scrambled to say it would curb children’s access to its flagship Honor of Kings game but the panic engulfed gaming rivals NetEase, XD and GMGE which all plunged between 8% and 15%.

There was other spill over too. Shares in Amsterdam-listed tech investment firm Prosus, which holds a 29% stake in Tencent, fell more than 5%. European gaming firms Ubisoft and Evolution fell 2.6% and 5% and the U.S. listed shares of Netease dropped 9% before the bell

“China is exerting control over its tech sector and this has already driven a very sharp de-rating,” Hasnain Malik, head of equity research at Tellimer said.

He said that there would be no reversal in Beijing’s direction although the more than 40% slump in many of the biggest Chinese tech firms since February meant they may now be worth a “revisit”.

Big FX movers were the Australian dollar, which jumped half a percent after its central bank stuck with plans to taper its bond buying programme from next month despite ongoing coronavirus lockdowns.

New Zealand’s dollar also rose after its central bank said it would look at ways to control an inflated house prices while the Swiss franc hit its highest since November versus the euro. [/FRX]

The U.S. dollar meanwhile lurked near one-month lows after disappointing economic data on Monday. That had also pushed the benchmark 10-year Treasury yield down as far as as 1.151%, its lowest since July 20, though Tuesday’s moves nudged it back up to 1.19% [US/]

“There is some definite downside bias in the dollar now,” said Vasileios Gkionakis, Global Head of FX Strategy at fund manager Lombard Odier in Switzerland. “You are starting to a see a rotation of growth away from the U.S.”

In Europe’s bond markets, Germany’s 10-year yield was up less than a basis point at -0.475% having fallen to its lowest since early February on Monday when the whole German yield curve went back into negative territory.

Falling yields globally over the last two months mean there is now more than $16 trillion worth of negative yielding debt again. It had peaked at just above $18 trillion in December.

“If you go back a couple of months the concern about inflation was present everywhere but even in the United States now you don’t see the same sort of concerns,” said Morgan Stanley’s chief economic adviser Reza Moghadam. “The issue now is growth”.

In commodity markets, oil steadied having slumped 3% on Monday on a combination of the U.S. and Chinese economic worries amid the sharp rise in COVID-19 Delta variant cases around the world.

Wuhan in China, where the virus first emerged in late 2019, said overnight it would test all 12 million of its residents after confirming its first Delta variant cases.