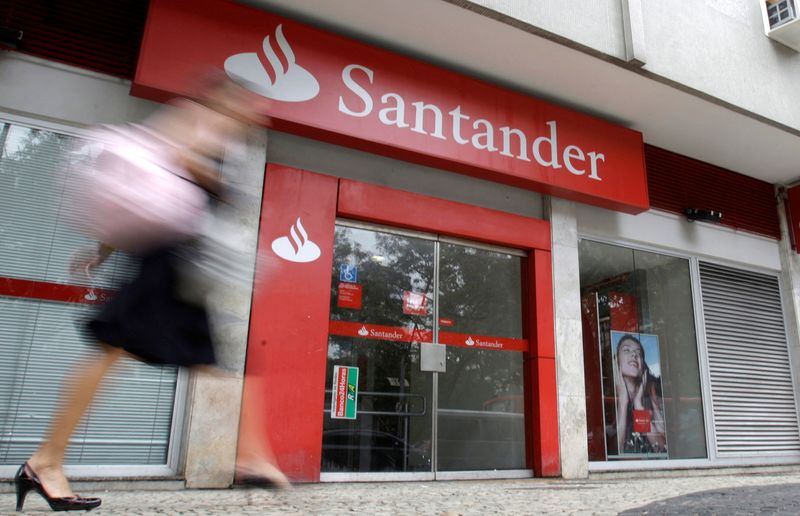 MADRID (Reuters) -The chairman of Spanish bank Santander on Friday called for the European Union to define what kind of lending is considered consistent with a net zero energy policy, to help hasten moves to reduce dependence on Russian oil and gas.

The EU, which was already targeting a shift towards green energy from fossil fuels, has said since Russia invaded Ukraine in February that it will cut Russian gas imports by two-thirds this year and end the use of Russian gas by 2027.

“Among other initiatives, financial institutions must be able to finance the energy transition, and to this end, the authorities must define as soon as possible what lending is deemed consistent with our net zero goals,” Ana Botin told a shareholders meeting.

Botin said that though Santander’s direct exposure to Russia was negligible at 80 million euros ($88.4 million), it expected some indirect impact from the Ukraine conflict stemming from higher inflation and lower economic growth.

She said the bank’s internal assessment assumed “no further escalation and the war contained within Ukraine”.

Botin underlined the need to change global energy policies and accelerate investments in renewables, “so we can help people to go green and businesses to make the necessary transition”.

She said that process would be “more challenging” for emerging economies, for small and mid-sized companies and vulnerable groups, and therefore asked for incentives.

In Spain, companies and families, especially SMEs and the most vulnerable would need protecting from the impact of the war, which has sent energy prices soaring. The Spanish government approved a 16 billion euro package on Tuesday to help companies and households.

Botin said European funds could be used to help support confidence and private investment, a key driver of growth and jobs.

On Thursday, the ECB said euro zone banks’ direct exposure to Russia was relatively minor but sanctions could still reverberate through the financial system through volatility in energy and commodity prices.

Botin assured shareholders that the bank had taken necessary steps to comply with financial restrictions and EU, UK and U.S. sanctions imposed on Russia, “and will continue to observe these requisites as the situation develops”.

Spanish banks in general rank among the less exposed to Russian credit, with Spain’s central bank estimating their credit risk at just above 700 million euros.

Alvarez said Santander expected the war to have an uneven impact on the group’s regions, with Europe the most affected area. The impact in South America would be neutral or positive, he said, as raw material there would be exported at higher prices resulting in a currency appreciation.