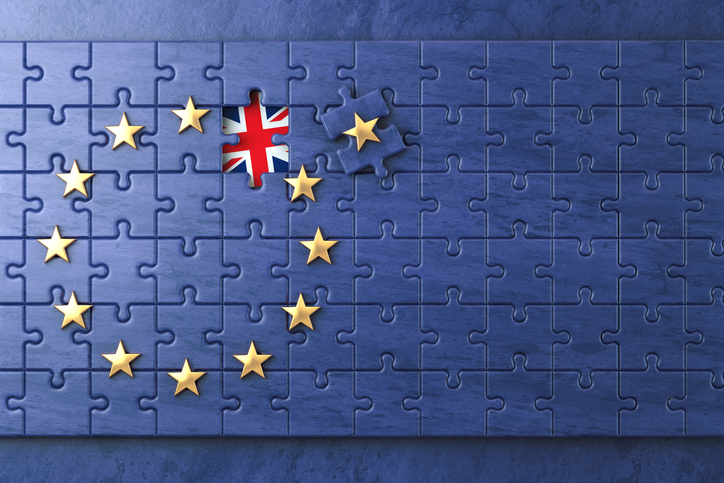 We had expected that the UK would strike a free-trade agreement with the EU despite the market’s concern about a possible “no-deal”, so the last-minute accord in December was no surprise.

The rolling over of tariff- and quota-free trade in goods was largely in line with the roll-over of existing preferential trade arrangements that the UK has pursued with other trading partners outside the EU as an intermediate step in exiting first the customs union.

However, exit from customs union – to be itself phased in over three stages and in full force only from 1 July 2021 in the case of imports to the UK – has created trading friction and produced immediate economic losses as companies see longer delays, higher operating costs and lower productivity. This is even though grace periods granted – such as a one-year standstill on rules of origin documents – have eased disruption at the border.

The trade and cooperation agreement has prevented a devolution to WTO-based trading rules with the EU. In addition, a principle of “managed divergence” implies either party reserves the right to retaliate in the case the other side is considered to have gained an unfair trading advantage.

The UK has secured greater sovereign privileges in determining its own laws, but cooperation with the EU on regulation under a new “partnership council” and capacity for the other side to impose tariffs – in the case deregulation is considered unfair – are expected over time to reduce disparities.

The mechanism should space out any areas of divergence and resulting trading frictions over a longer period. While December’s arrangement largely excludes services, this is consistent with the highly incremental and drawn-out Brexit that Scope has long anticipated, under which divergence with the EU is taking place over successive phases after extensions of Article 50, a transition state, lately an exit from the customs union with associated grace periods, and, in the end, agreements around additional, complementary trading agreements with the EU for sectors excluded from December’s preliminary arrangement.

December’s trade agreement, while thin, was never intended as a singular settlement. It is rather a first fundamental framework around which a more extensive set of trading agreements will ultimately be agreed to define the long-term EU-UK economic relationship.

As services were hardly discussed to date, with an agreement on goods trade the priority during the limited 10-month negotiating period in 2020, the focus will now be on reaching supplementary arrangements for critical services sectors including financial services.

The two sides are seeking a non-binding memorandum of understanding by March 2021 on the export of financial services, including services such as euro clearing currently operating with temporary access to EU markets as talks continue. However, more time is likely to be required than March before Brussels ultimately grants fuller EU access for UK financial firms even after a non-binding framework is in place.

We expect any such agreement or agreements around financial services to be “dynamic” – granting regulatory equivalence and thus full market access for select UK financial industries to “passport” to the single market, and vice versa, but with an understanding that such equivalence can be retracted should regulatory standards diverge – mirroring the agreement in goods.

A soft Brexit, but “slow-burn” from drawn-out exit process to incur further costs

Long term, we expect that the outcome of negotiations to reflect a “soft” Brexit. Non-regression clauses embedded in trade agreements and other limits on UK-EU trade divergence – such as the Irish Backstop that would reproduce any friction in trade with the EU with friction in trading inside the UK itself, damaging the UK’s internal market – will limit the degree of separation in the longer run. This will support preferential access to the single market for UK businesses long term.

The final EU-UK relationship could resemble something akin to a Swiss-like framework except with a faster-track negotiating process given support in accelerating talks from the series of self-imposed cliff-edge Brexit deadlines – and negotiated in reverse with the UK having started from fully-frictionless trade.

However, there will be persistent uncertainty due to the constant risk that changes in UK law could reduce access to the single market, so UK-based businesses are likely to continue to relocate activities to the continent – ensuring a steadily growing cost from a “slow-burn” Brexit even as the cliff-edge form of an abrupt no-deal exit has been repeatedly avoided.

In addition, the City of London faces permanent damage in waiting for a definitive agreement on financial services in the months ahead during which select UK financial services have at least transitionally lost passporting rights, such as investment banking and securities trading on behalf of clients in those EU countries where national regulators have not as yet extended grace periods to UK firms. In the end, the UK has secured a deal for the trade in goods where it has a trading deficit with the EU, but not one as comprehensive to date in services where it stands to see losses to a trading surplus.

The UK enters this new Brexit phase amid the near-simultaneous introduction of a third national Covid-19 lockdown, which will add to stress on its public finances. We see upside pressure on government debt already estimated at more than 110% of GDP this year, up from 85% in 2019 in view of the double-dip economic contraction we have anticipated and the additional fiscal stimulus to address economic fallout from lockdown plus the economic and fiscal costs of the exit from the single market and customs union.

The latter costs, while more modest and much more spaced out by comparison with the sudden, severe cost of the Covid-19 crisis near term, might pose more significant long-term economic and institutional consequences.