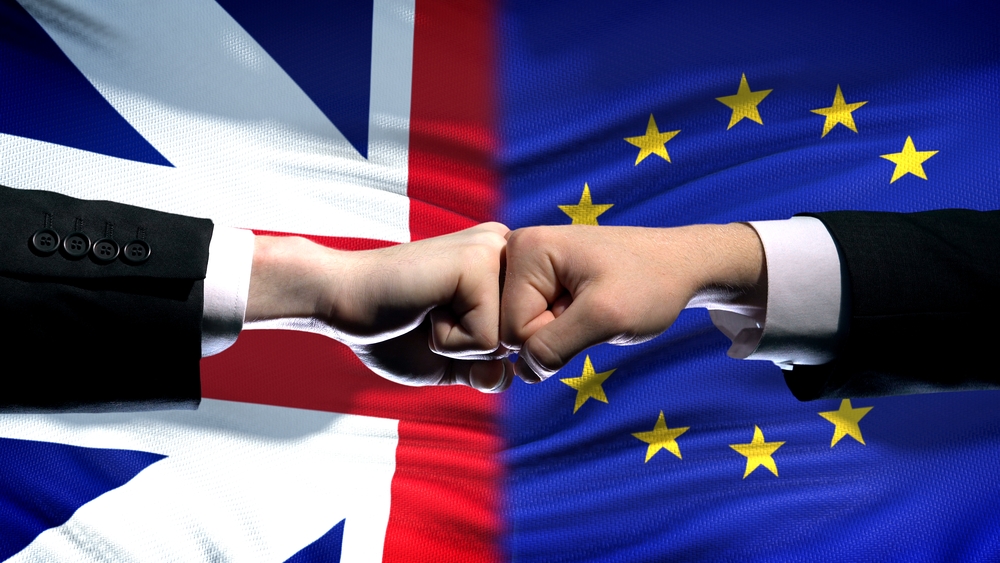 Brexit talks are continuing in London, after EU chief negotiator Barnier’s arrival at the start of the week.

The hot topics of debate remain the same in spite of talks having extended for months, if not years…

UK fisheries and a level playing field remain key sticking points for Britain and the EU.

As far as UK fisheries are concerned, French President Macron continues to take an uncompromising stance. With the presidential elections next year, a loss of access to UK fisheries would be a blow to Macron’s chances.

Losing complete access, in the event of a no-deal Brexit, would be a bigger blow to French fishermen, however.

For the Brexiteers and for Britain, continuing to give the EU access to UK waters makes no sense. Leaving the EU should translate into independence and control over its waters and borders.

By contrast, the manufacturing sector contributes closer to 20%, with Services more than 70% to GDP.

Therefore, standing firm on UK fisheries at the expense of an EU-Britain trade agreement will have a material economic impact. It’s hardly surprising that Bank of England Governor Bailey viewed Brexit as the greatest threat to the UK economy…

Ceding on UK fisheries, however, is not an option Boris Johnson.

UK Sovereignty in the Spotlight

A British government compromise on UK fisheries will question the entire concept of Brexit.

Back in 2016, those in favor of leaving the EU voted in order for Britain to recapture its independence and sovereignty.

The EU continues to miss the point on this front and continues to push to keep Britain tied to as many EU laws as possible.

With Brexiteer Boris Johnson at the helm, it remains unlikely for the British PM to give up too much ground.

The minor gain comes off the back of a 0.82% rally back to $1.34 levels for the 1st time since June 2018. That’s quite an achievement when considering the fact that the Pound was languishing at sub-$1.20 levels in March of this year.

It’s an even greater achievement when considering the hurdles that remain for negotiators to overcome in order to reach an agreement.

With Barnier in London, the EU is reportedly set to request updates and line of sight on negotiations before any actual agreement is made.

In recent weeks, we have heard Barnier talk of a willingness to compromise. Since then, however, EU President Ursula von der Leyen and a number of heads of stats have voiced concern.

The EU President’s message was clear that Brexit should not jeopardize the integrity of the EU Single Market. Macron and a number of others would likely argue that any EU compromise on access to UK fisheries would be just that.

In reality, however, more EU member states are likely to be worse off in the event of a no-deal Brexit than those which would benefit from unaltered access to UK fisheries.

From an economic perspective, therefore, the EU should be more than willing to give up the fight on UK fisheries.

The imbalances of power across the EU continue to be highlighted and remains the Achilles Heel of the EU Project.

Brussels is desperate to keep the EU Project afloat. But whether this at any cost remains to be seen. After all, Macron could be out next year. A populist government would find it hard to argue for unaltered access. It wouldn’t be very populist.

With the markets having made taken its position on the Brexit front, it now comes down to updates from the respective negotiating teams.

In recent months, the Pound has grown resilient to the strong-arming of the EU and negative chatter across the news wires.

Support from the hope of an agreement does leave the Pound exposed to material downside risks, however.