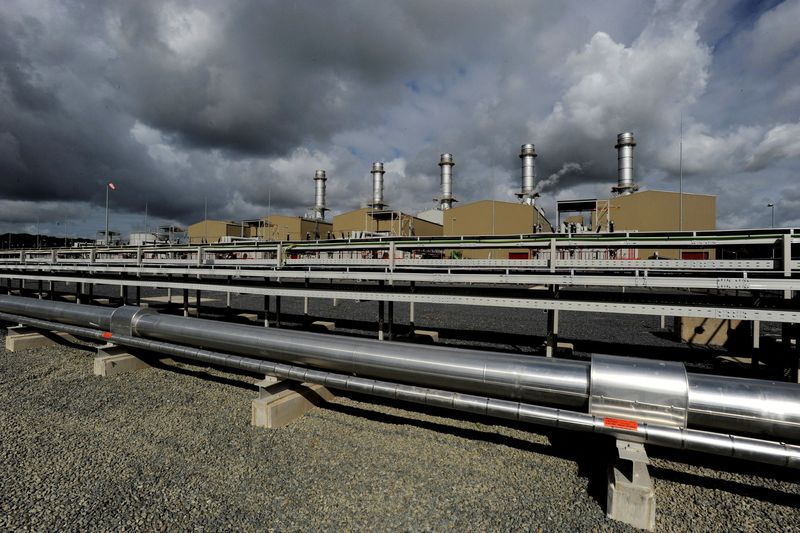 LONDON (Reuters) -Britain faces a “significant risk” of gas shortages this winter and a possible emergency due to the conflict in Ukraine and limited supplies in Europe, the energy regulator has said.

Although Russia only meets about 4% of Britain’s gas needs, a disruption in supply to Europe has contributed to driving up British prices and makes it harder for Britain to secure gas from others.

In a letter to power company SSE, regulator Ofgem said Britain faced the possibility of a “gas supply emergency” in which gas supplies to some gas-fired power plants are curtailed, which can stop them from generating electricity.

Responding to the publication of the letter, Ofgem said in an email: “This winter is likely to be more challenging than previous ones due to the Russian disruption of gas supplies to Europe.”

In the event of gas supply issues the regulator and Britain’s National Grid could be forced to curb supply of gas to gas-fired power stations to make sure enough supply remains available to households.

“We need to be prepared for all scenarios this winter,” Ofgem said in the email.

“As a result, Ofgem is putting in place sensible contingency measures with National Grid ESO (Electricity System Operator) and GSO (Gas System Operator) as well as the government to ensure that the UK energy system is fully prepared for this winter,” Ofgem said.

SSE had contacted Ofgem for clarity over imbalance charges which could see power generators forced to pay for failing to produce promised electricity, if emergency measures meant they did not get the gas they needed.

Gas-fired power plants were responsible for more than 40% of Britain’s electricity production last year while the fossil fuel is also used to heat around 80% of British homes.

Britain’s National Grid said in July there could be periods where electricity supply is tight this winter, given uncertainty over supplies of Russian gas to Europe, but that it expects to be able to meet demand.

National Grid is expected to announce its winter outlook on Thursday.