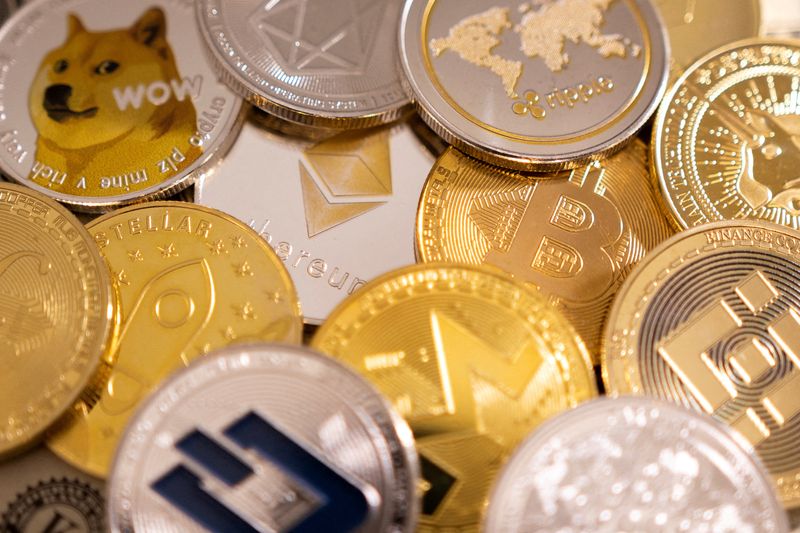 LONDON (Reuters) – Britain’s advertising watchdog on Tuesday stepped up scrutiny of cryptocurrency ads, ordering more than 50 companies in the industry to tell consumers that digital assets are unregulated and volatile.

Cryptocurrencies have soared in popularity during the COVID-19 pandemic, with retail and institutional investors alike flocking to the asset class. But bitcoin and other tokens are mostly unregulated in Britain.

Adverts for digital assets, from crypto to non-fungible tokens, have become commonplace in Britain on public transport and at sports events.

The Advertising Standards Authority (ASA) said adverts must not state or imply that deciding to invest in cryptocurrencies is “trivial, simple, easy or suitable for anyone.” They must also not create a “fear of missing out” or that investments are “low risk”, the watchdog said.

The ASA said its rules apply to adverts for crypto tokens like bitcoin, exchanges that traders use to buy and sell tokens, and other related promotions aimed at British consumers.

“We’re concerned that people might be enticed by ads into investing money they can’t afford to lose, without understanding the risks,” Advertising Standards Authority Chief Executive Guy Parker said in a statement.

The watchdog will monitor advertising and take enforcement action on adverts that fall foul of its rules after May 2, it said.

Its move comes as Britain’s financial watchdog plans to curb the marketing of cryptoassets amid an advertising boom and celebrity endorsements.

Other European regulators have moved to tighten curbs on crypto advertising. Such campaigns in Spain, for instance, will require authorisation from the stock market supervisor, the Spanish government said in January.