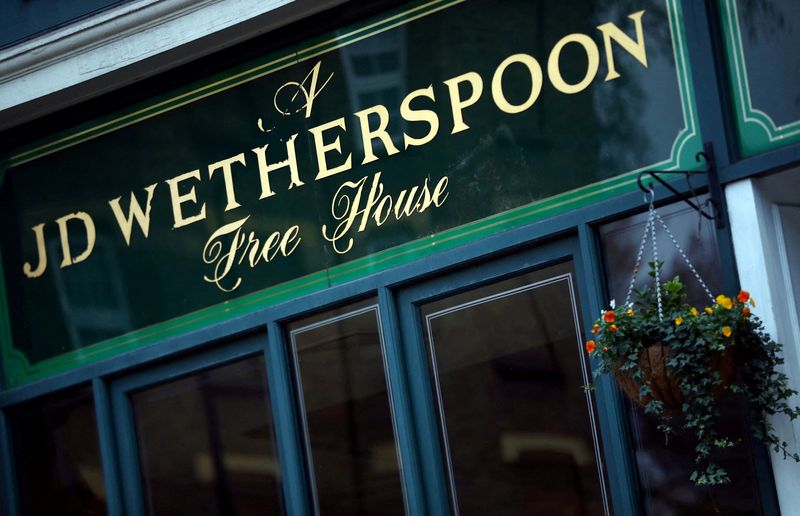 (Reuters) – British pub group JD Wetherspoon warned on Wednesday it would record a loss for the first half of the fiscal year after the Omicron coronavirus variant led to renewed curbs in the country and kept people from heading out during the holidays.

Government advice for people to limit social contacts in the run-up to Christmas in response to an Omicron winter surge left pubs and restaurants largely empty during what should be one of their busiest periods.

The pub group, often referred to simply as “Spoons” by its younger customers, said like-for-like sales fell by 11.7% in the 25 weeks to Jan. 16, with second-quarter sales hurt by restrictions imposed by Britain in December.

“The uncertainty created by the introduction of Plan B COVID-19 measures makes predictions for sales and profits hazardous,” Wetherspoon Chairman Tim Martin said in a statement.

Martin has been an outspoken critic of the British government’s handling of the health crisis.

The chain also accused Prime Minister Boris Johnson and his team of hypocrisy over reports of a drinks party at his official residence during the country’s first lockdown when pubs were forced to close.