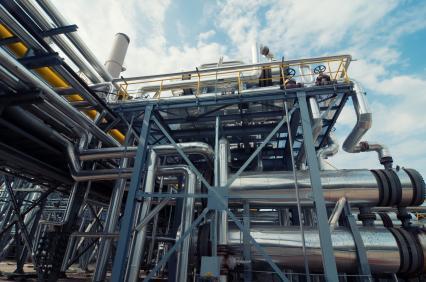 Investors sold crude oil after the People’s Bank of China, indicated that it was clamping down on easy-money policies. This created a cash squeeze as the rates at which banks lend to each other had recently spiked. Investors fear that rising interest rates will hurt economic growth.

Although China’s looming credit crisis is the headline today, traders are still worried about the Fed’s next move. This may be the tapering of monthly stimulus as early as September. Speculation that the Fed may act sooner than expected is helping to boost interest rates, driving up demand for the U.S. Dollar. Since crude oil is priced in dollars, it has become more expensive for foreign traders.

In summary, it looks as if the combination of the events in China and the anticipated move by the Fed are the two key reasons why demand should drop. With supply at or near a record high, a drop in demand would worsen the problem.

Additionally, speculators who bought gold ahead of the Fed decision liquidated their positions after the central bank’s next move become clear. The lifting of the hedges was enough to trigger a technical break through the support of triangle chart pattern.

Today’s weaker dollar is helping to fuel profit-taking and short-covering in the gold market. Although there may be some bottom picking going on, if there is a rally, it is likely to be triggered by short-covering rather than fresh buying.

The stronger dollar is the main reason behind the weakness in the Euro and British Pound. The lack of fresh economic news may mean that traders will have to rely on technical data today. Technically, the EUR/USD has entered a major retracement zone, bounded by 1.3106 to 1.3033. Since the market is oversold, it may reverse course at any time due to short-covering and profit-taking following the huge sell-off from 1.3416.

With U.S. interest rates rising and the U.K. considering another round of stimulus, traders are flocking back to the U.S. Dollar while selling the British Pound. Like the EUR/USD, the GBP/USD has also entered a key retracement zone which may mean a reversal to the upside is imminent. This move would not represent a change in trend, but would be a sign that the selling is greater than the buying at current price levels.

As long as the interest rate differential favors the U.S. Dollar, continue to look for pressure on the Euro and British Pound. The pressure is likely to continue to commodities such as gold and crude oil. The news that China is experiencing credit problems is likely to mean that gains will be limited in the Euro and British Pound. Besides the developing fundamentals, technical factors – namely oversold conditions could help underpin the market over the near-term until short sellers re-emerge.